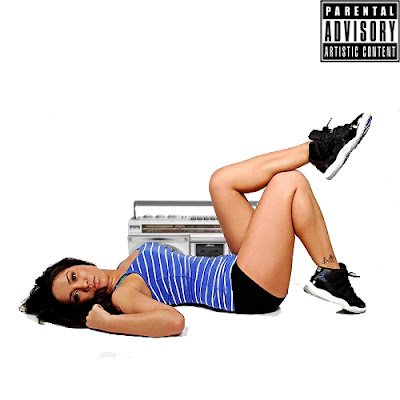 September 6th-Hip Hop x Sneakers x Vagina
Chicago Southside emcee/producer, September 6th, drops his debut album! This album is pretty legit in all aspects! It's super smooth too. I could totally blast this on during a late night drive! Includes features from Qwestions, Take 1, and Cypha! And before I close this post out, I would just like to thank September 6th for the dope yet modest album cover. He easily could have gotten a photo of some straight up vagina or some chick with some sneakers on with her legs wide open-no panties. But no, he got a pretty chick, clothed with some J's on and a boombox! That's how you do it people! As a female blogger, I see too much "raw" ass and titties. Women are beautiful, let's present in a creative manner please. This ain't BET Uncut, even though I know yall miss that shit.-Dope album! Listen x download people!!!
'Always More, Never Less'-Es
Email Post
Labels: Album Downloads Music September 6th

September 6th said…
Thank You For Posting Me I Truly Appreciate. And Thank You For Appreciating The Subtlety Of The Cover. I Jus Really Wanted The Album To Be More Sophisticated Than The Title Would Lead You To Believe All The Way Around.
March 21, 2011 at 10:17 AM