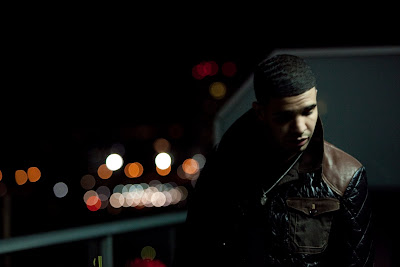 Sooooo apparently, this pic is from the Successful video shoot. Not only will this be on the retail verison of So Far Gone but also on Trey Songz upcoming album. What do I think of this? Not dope.

I'm so against selling a mixtape that was already available for free download months ago and adding like two more songs and putting in stores. I feel like its money hungry of Drake and his labels to do this. It was a good ass mixtape and I think releasing it and putting a price tag on it will downgrade it's classic...ness. Drake should know better than to do this.

And any Drake fan that goes to their local Best Buy or Target and buys this is dumb. Whatever extra songs he puts on the retail verison will be leaked online. You can find the leaks at your favorite music blogs-trust. I'm so annoyed with this. Whoever thought of this idea is dumb as hell. drake and his team is so money hungry, like really yall? You can't let a dope ass mixtape be exactly that? Ya gonna milk all the money you can out of it? Drake has lost points with me. He lost points with the Best I Ever Had video but he lost even more with this.

As for this being on the retail So Far Gone and Trey's album, go for it! I'm sure Trey added some more vocals and shit and made the song even doper. Love Trey, good luck with the album.

I'm really starting to be over Drake now a days. Thank Me Later better me the absolute SHIT for me to remain a fan.

Here's some behind the scenes type stuff...