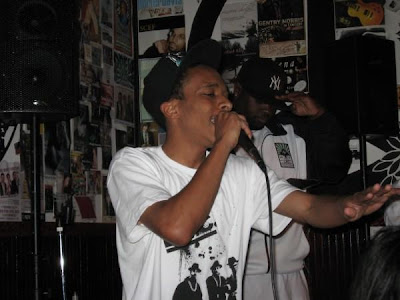 I haven't done of these in a minute. I'll try to put yall on to more dope talent more often-I'll try. lol Anywho, I was personally hit up by Hollywood F.L.O.S.S. himself. He hit me up a while ago but I been doing so much, blogger wise. But see I'm posting on him now! lol Hollywood F.L.O.S.S. hails from the big city of Houston, Texas.I really like his music. People could easily put him into the Freshmen Class type box of new comers but I feel he got something different here. It's corky yet intelligent and still has a lot of energy. Yall need to get familiar with this dude, he got something!

Here's some tracks to check out from Hollywood F.L.O.S.S.

Also check out his mixtape

Thanx for hitting me up!!!

Next TheGirlTheyCallEs Presents...is on Dulce Ruby the model! Stay tuned!

DX said…
Pretty dope. Yea Ive heard of this Kat. Looking forward to seeing more write ups in the future. I see this kat doing big things real soon. Any idea where I can find more information on him??
August 13, 2009 at 3:39 PM

Anonymous said…
Hollywood FLOSS is charismatic,witty & unique. Has a really fresh sound, not your typical hip-hop artist. Lyrically, he makes you think. Can't wait to see/hear more of him! Definitely a hidden pearl!