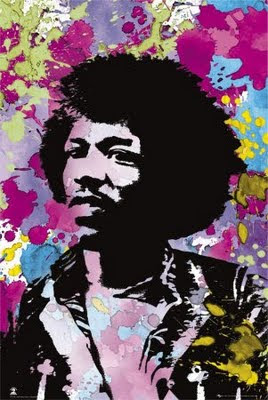 Iight, so it's like 4 in the morning, and I'm tweeting/chatting with my new found homegirl, Kiyarra. We were telling each other about ...each other and she pointed out that I said "dope" and wanted to know what it means. Yall know I use, abuse, overuse and probably misuse this word a lot! But I think it's time to get the real meaning of dope and see if ...well you know what I'm tryna say and shit!

So I did what I do best-Google it. I tried to explain it to Kiyarra, but I just confused homegirl even more! lol Here's the definition from the online slang dictionary:

I would like to think that my own definition of dope and how I use it is a mix of #1 and #4. I never said "You got that dope?" to get inside information or call someone a dope, so #2 and 3 are useless.

When something is dope to me, it's beyond good, beyond great, even beyond excellent! It's something that you will never forget and appreciate forever. It's like literally seeing God's Glory or something! Especially when it comes to music, a dope song will be stuck in my head for like 3 months straight, if not more. Like two songs stuck in my head now, Rich Hil's Be There When I Go and Drake's Forever. Both songs came out a while ago, especially the Rich Hil one, but when I hear it, I feel the same way I felt when I first heard it-in love with it! And songs like those, I can listen to it, on repeat, for hours...shit, for days and never get sick of it. Like I've been listening to Kid Cudi's album all day-non stop and I'll probably do this until the end of the year.

Dope fashion, dope people, dope places-they stick with you and you become addicted to the existence of those things or people. That's why I'm such a huge KanYe fan(forget about the VMA thing for now), he's truly a dope person. I love and will one day live in NYC, cause it's such a dope place! When you feel like something is dope, you just don't keep it in ya head, you keep it in your soul and sometimes it becomes a part of who you are. That's kinda how it is when it comes to music with me. It's such a dope thing and I love it so much, it's a part of me. If anyone tells you they know me and don't mention anything about how I love music, they don't know me.

And I know it may seem like I use the word loosely and I'm giving this elaborate definition of it now, but I say "Oh that's dope!" I really do think that whatever it is, is really cool. If I say "That's cool." that's when you worry. If I say you are a dope person, I mean it. You are probably one of the coolest muthafuckas I've ever communicated with!

Other forms of Dope:
Dopeness-when something is dope but instead of saying "That's dope!" You just say "Dopeness!" I use dopeness on special occassions and when I want to be fancy and shit. lol

Dope shit-pretty much same as dopeness but not so fancy. More hood.

Doper-when one thing is cooler/better than something else. i.e. "Kid Cudi's debut album is doper than Hov's BP3."

So overall, dope means when something is 10x cooler than anything you know and because it's that dope, you'll never forget it and will appreciate it forever.

So to my new homegirl, Kiyarra-you're dope! Welcome to the World of Dopeness!

And to anyone who read this and is like "It's not that deep" [I know Erica is thinking that now], it is. As for the pic...it's Jimi Hendrix, it's dope! lol