Lady Gaga-No Way
GAGA! I'm still on my hunt to figure out the mystery behind the woman but I do love her music! I like this track. She's singing on it more rather than that sing rap type stuff she be doing. As far as the lyrics, I like them but I love the way she wrote songs like Paparazzi and Pokerface. It like she was talking about the Paparazzi but she wasn't-listen to the song, you'll know what I mean! But she is an ill songwriter...she did go to school for it! But this is off the release of her album, Fame. She will do a solo tour, no KanYe. Heard Kid Cudi will be opening for her-dope! Congrats to him. I would love to go to her show but I already know the tix will be expensive. I might go, I might. Check out the ad for the tour: 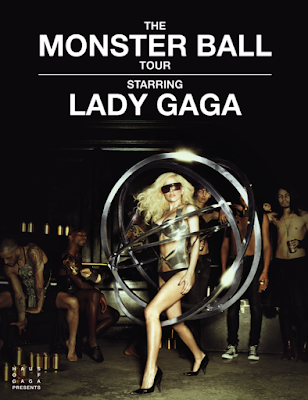