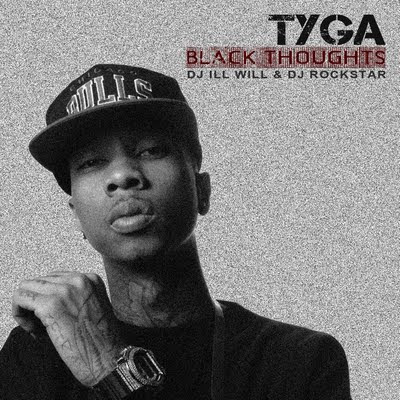 DJ Ill Will & DJ Rockstar Presents Tyga "Black Thoughts"
Omg guess what dropped last night? Yes! Like Rihanna would say,"The wait is ova". GED and Young Money rep, Tyga, dropped his highly anticipated mixtape, Black Thoughts! Call me bias but I think Tyga is one of the hottest MC's in the game right now and too many people aren't paying attention to his dopeness. Tyga doesn't need the cosign of Weezy to let you know he is ill. Just listen to his mixtape. It's safe to say that Ty dropped yet another dope mixtape. I freakin' live for his mixtapes. Lyrical, he's untouchable. Flow wise, he's unstoppable. When people say,"Oh haven't really listening to him" I feel like grabbing them and shaking them and saying "WHAT THE HELL IS WRONG WITH YOU?????" Yall know I know my dope shit aka good music-if I say listen to Tyga, you should listen to Tyga.

The mixtape was ill. Nice follow up from the also very ill mixtape, The Potential. Dude went in on this 'tape like he does with all his 'tapes. Like honestly there is nothing wrong with this mixtape. Well besides that it only has 14 tracks. 15 to 18 tracks on a mixtape is what I like. Good variety in vibes of tracks but still a good main vibe throughout the whole mixtape. I love this mixtape. So I suggest you download it and love it too!
Track to Listen to:
Young Money
09 Until
Heaven or Hell
Ice Cream Paint Job
The Nausea (shout to the homie Rahk for killin' it w/ the beat! GED!)
Kill Tonight
-those are just my favs. but every track is worth listening to...twice! lol if not more. 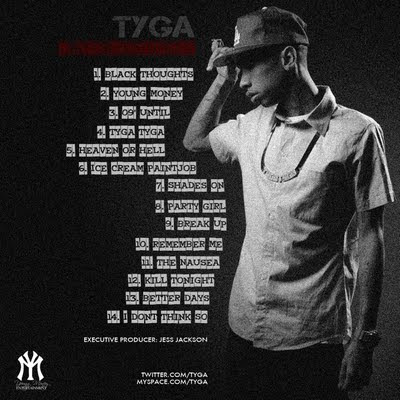