"Es! Who you listening to?" 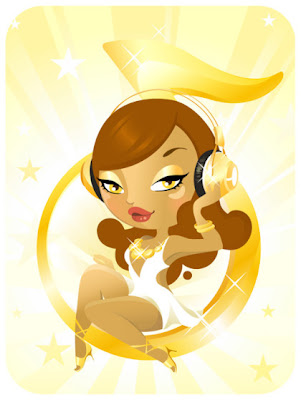 I usually go about life thinking my opinion means nothing to people but apparently, my opinion means a wholeeeeee lot to people! Does this make me feel like the Queen of England? No. I'm just happy people are hearing me out. I often feel like like I'm never heard. So I've been asked for my opinion of a lot of things.Some of those things, I will not say my opinion on for reasons of my own and others, I could probably write a 10 page essay on. But I'm usually asked who I'm listening to now a days. In all honestly, I listen to a lot and I mean A LOT! It really all depends on my mood like I'm sure it is with everyone as well. So I'm just gonna list some of the people I'm truly feeling right now. Why? Cause apparently my opinion matters.=D


J.Cole
I mean.... like... if you read my blog you should already know I'm a huge J.Cole fan. Whenever I meet Jay-Z for the first time, the first thing I'm gonna say is "Thank you for signing J.Cole. Oh, and I'm a big fan! ...of J.Cole. Oh and you too Hov but I really love J.Cole" J.Cole is fucking amazing. "They say I'm like the human body, I produce my own shit." He produces and his beats are fucking crazy! Like the musicality in the production-damn! He's so fucking lyrical! But it's not like he's just giving us punch lines or just proverbs and shit-he's kinda giving us both! He's humble as fuck! If I was signed to Hov's label ...do you know the shit I would do and say? I would be so fucking reckless at the mouth! lol But J.Cole, he's still hungry for the glory. He's so humble to the point people are like,"Uhhh, you sure he's signed to Hov?" Yes girl! lol I'm just waiting for the epic album to drop. Cause it will be epic. I need to interview this guy. Damn... where has J.Cole been my whole life?


Ghostwridah
MIND BLOWN!!!! Rappers like Ghostwridah don't come from the South! And yes, it's a shame I even said that but we all know it's true! OMG! Like I'm sitting here, listening to 305's & Heartbreak going crazy! He is so dope! Like how can he go for so many songs and not talk about something ignorant? Like cars, chains, hoes, you know the typical shit rappers rap about! My mind... is blown. And I just love his vision and vibe, it's just ...like damn you can't be from Earth! lol And the production on his songs? *gets up and walks away and walks in a circle then sits back down* DAMN! So of the illest production I have ever heard ...EVER! And yall know I'm a beat freak! damn damn DAMN! I just love Ghostwridah. I was really about to give up on Hip Hop...but MC's like Ghostwridah ...they give me hope.


Charles Hamilton
I already said my thoughts on Mr.Hamilton in a previous post today. This renewed love for the MC comes from me just hearing his name again. You know sometimes you can go about your life and not hear about a rapper for like months, sometimes years? So that's what happened but nowwwww I'm hearing about him and I'm like "I think I have some mixtapes of his I need to download..." Again, Hamilton is dope no matter what anyone says.Case closed.


Dom Kennedy
From The Westside, With Love is my "watching the sun come up while on the train heading to school" music. Dom ...Dom Dom Dom-if you don't listen to Dom Kennedy-fuck wrong with you? He has like this new West Coast sound. Like it's so hard for me to explain but it's amazing! Future Street/Drug Sounds is still the shit! I think that whatever Dom drops will be classic as hell. He is a dope MC and people need to stop sleeping on him. Him and cARTer. Damn, I need to download cARTer's Legal Trappin. The west coast never left people...


Erykah Badu
Her new album, I'm still going crazy over it. It's gonna be a while before I calm down about it. Erykah is just an amazing person period and her music is just life saving. Her lyrics are so true, her production is so moving, her voice is unqiue and amazing. I can't really listen to a lot of female artists now a days but I will always listen to Erykah. Love her.

Of course there are other artists I'm listening to but these are the artists that are in heavy rotation in the iPod right now. I feel like after my post about not being impressed with the mixtape game, and I mean like right after!, the mixtapes that are dropping are much better! With the recent release of LaVish's In My Lifetime, I'm not completely giving up  on the mixtape game. Hopefully it will continue to get better. All those other shitty mixtapes I downloaded, I'm gonna keep the songs I like and throw the rest away. I need room on my hard drive. Summer is dope music season, if no dope music drops-fuck that, if no EPIC music drops this summer-I'm out for some blood. First place I'm go to, all these fuckin labels! lol

And word to advice to artists out there (this is gonna be kinda random), it would be wise for you to watch and listen to other artists. See their success and failures. When you get too caught up in your own world, and then try to give the people something and wonder why the people ain't feeling it... yea.If you are gonna do it for the people, don't make sure the people like it, make sure they love it! I feel like a lot of artists I fucks with are getting caught up in their own little world and are not getting inspired like they use to be and then give us music and we're like "huh?". Get out there, communicate with the people, get inspired! We don't care if you drop music all the time, if it's not dope it's nothing. Welcome to reality people!