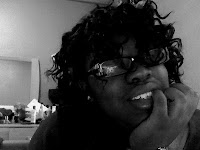 The BET Awards 2010 were last tonight and due to the fact that my parents no longer feel like paying for cable, I thought I would miss the show and all it's fuckery-but I didn't. Thank God for the internet and the live streams on it. I missed most of the beginning but I watched those performances via some videos. I said I would review the show like I did last year but because this year's show was actually decent, I really don't have too much shit talking to do! So this won't be too long... hopefully! OLEDEWIT!!!

+Is KanYe epic or what?

+Why is it that every time Alicia came on stage I thought "What if her water breaks?" but I don't even think homewrecker-I mean homegirl is past 6 months. And climbing on the piano? Smh.

+Who the fuck styles Nicki Minaj? Here are my comments about her wedding dress outfit from Twitter last night:
-"Nicki Minaj got that dress from David's Bridal."
-"i still can't get over Nicki's wedding dress. she really thought her and Drake were getting married huh? She got "Miss Me" on repeat!"


+Is it just me or is Queen Latifah corny as hell at times?


+Is it just me or was CB's MJ tribute the best MJ tribute, next to Janet Jackson's VMA tribute, out of all the bs tributes we've seen anywhere? I think in the other tributes, they forgot MJ actually danced.


+This actually isn't a "wonder", but my mom missed TI's performance. She loves TI. She was kinda sad about it. But she did see her boy Luda! lol


+Is El Debarge gonna be the new Stevie Wonder of the BET Awards? Like random, fill in performances every year from him now?


+I think people were more interested in Trey Songz's mom then Trey Songz himself. You nasty boys on Twitter. smh. But didn't Trey just f*ck up Purple Rain?


+Didn't Debra Lee look like she belonged in some Florida wild life reservation with that wild bird like dress? She so fly!-literally. -_- "kill your stylist"


+Last time I checked, rappers don't lip rap. *looks at Nicki Minaj* Female rappers, you must do better. And shame on BET for awarding her for that! SMH!


+Wasn't it kinda like "set up" for Nicki Minaj to win "Best Female Hip Hop Artist"? Please name another female rapper who's as mainstream as Nicki right now? SET UP!


+I wonder if Weezy got to watch the show from jail...


+Was I the only one mad that Drake and Jeezy didn't do Unforgettable? I was about to start a riot in Stone Mountain, GA cause of that.


+That Prince tribute was weak, wasn't it? Admit it!


+Last but not least, Prince had the best performance of the night for just being Prince-wouldn't you agree? Gotta love that man...

Til next year and next BET Award Show... PURPLE RAIN, PURRRRRRRPLE RAIN!!!! *starts singing in a very high pitch*