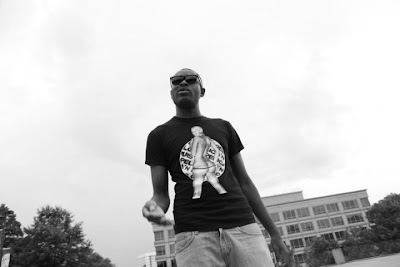 Daddy Nino-Weak
ATL emcee/producer, Daddy Nino, has released his first single to his upcoming project, UberEargasms: The Life & Times Of David Ruffin Jr! I get really mad when there's a dope ATL emcee and I never really came across their music before because I'm in the ATL and it's just ridiculous. BUT thanks to @KidCalloway, I was oh so properly introduced to Daddy Nino! Got three songs, including Weak, and I am instantly a Daddy Nino fan. I hate comparing really good artists to other artists but to give you audio visual (I just make up shit) of his music, he's like Kid Cudi in his mixtape days mixed with the realness of Bun B in a tall glass of Southern homemade sweet tea. Yall know I just come up with the weirdest comparisons. Also, he produces his own beats which I respect and love and is also a plus when truly creating music. His musical influences include Michael Jackson, Phil Collins, Nas, Prince, Outkast, and Bon Jovi. Besides all that dopeness, he's a 90's baby and West African-he's my long lost brother! lol Dude's really dope and talented, do yourself a favor check out the tracks!!! Enjoy!!!
And 'cause sharing is caring, here are the other two tracks!
Daddy Nino-Backseat Mentality
Daddy Nino-Wonderwall
Also, follow Daddy Nino on Twitter at, http://twitter.com/ForteBowie