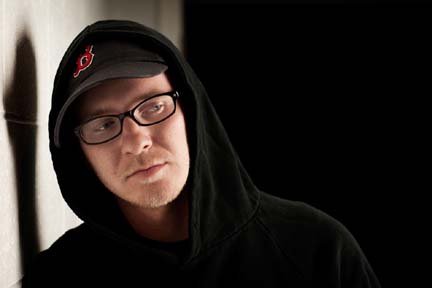 Elemental Zazen ft. Canibus-Hollow Heart
Boston emcee, Elemental Zazen, releases the first single off his upcoming album, Nothing To Lose But Change. The write up in the email really caught my eye, check it out:

Boston-bred emcee and born survivor Elemental Zazen presents the first single from his forthcoming album Nothing To Lose But Change, also featuring Fashawn and Jean Grae. In 2007, a month after losing a close family member in an accident and his home in a five-alarm fire, The Weekly Dig voted him one of '10 To Watch In 2007'. Shortly after undergoing brain surgery to remove a tumor - a procedure which left him with permanent sight damage - and learning how to walk again, The Boston Globe voted Zazen as one of their '5 Locals On The Verge' in 2008 for The Glass Should Be Full, the astonishing album he penned through those dark times. Of the album, the Boston Phoenix wrote: "given the pain that moved his pen at such agonizing angst-addled angles, his sophomore release is as hardcore an opus as Tupac's Me Against The World... it certifies that honesty, vulnerability, and introspection make for better hip-hop than masked insecurity and bullshit every single time.