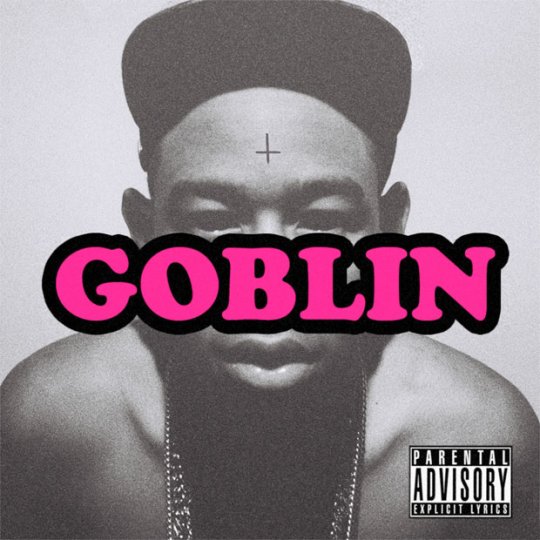 Yes, I'm probably the last person to do a review on this album, but I have my reasons. First off, I have a life, that's self explanatory. Secondly, it honestly took me a whole month to listen to this album to truly absorb every aspect of it. Thirdly, I didn't want to do a review at first. Yall know how Tyler is, he doesn't give a f*ck about what a blogger has to say, especially some semi-known blogger like me. I just didn't want to see the link to my review in a tweet from Tyler like "FUCK YOUR OPINION!" Lol. But I'm mentally ready to write a review on this album.

I was excited as f*ck for this album to drop! So excited, that I pre-ordered the damn thang! Deluxe version too! I've known about OF for a while now but only really got into their music early this year. I get them as artists. I understand what they are doing, why they do it and I love it. Most of all, I respect it. So like anyone else who discovers dope artists, I googled the crap out them and downloaded every single mixtape and album OF has put out. One of those included Tyler's first album, BASTARD. I love that album! It is a classic and yes, I will be playing it for my children and grandchildren. It's pretty much perfect and one of the dopest albums I've heard in a long time.

So, when I heard May 10th was the day we could get another epic album from Tyler, I flipped out! And so did everyone else. Hype was definitely in the air. Which is great, as long as the actual album justifies the hype. Album drops, OF fans are going crazy, and bloggers try so hard to review the album in a politically correct manner. One thing Tyler and I have in common-we don't give a f*ck. I'm gonna be real with this review. Before I am a blogger, I am a music head. I'm not gonna tell you what I think Tyler was trying to do with this album or dissect the sh*t out his lyrics. That's not my position to do so, that's Tyler's.

Concept: I absolutely loved that GOBLIN picked up from where BASTARD left off! That gave me so much life! Even though his music has had some changes and of course his life has changed, there is some consistency. There's still something to follow. Also, I think that having an actual concept to the album period shows he actually thinks about his music as an art form and not a paycheck. And I totally love how this "story" ended. No, I'm not gonna tell you! Listen to the damn album!

"The Package": 15 tracks (original version), dope artwork by the dude himself, got an instrumental track in there (AU79), features from the family, OFWGKTA-could you ask for anything more organic? Anything more thought out? No. Moving on.

Music: Obviously, Tyler got some things off his chest with this album. We heard about fame, hate, love, and more hate. But it would've seemed weird if he didn't talk about those things right? Music is his expression of choice, so he can't say everything he wants to say through an interview. I don't even think he takes interviews seriously anyways. Lol I like the songs on the album. I think the flow of the album was excellent and I can listen to it all the way through without skipping a track. Which is a total plus, cause I wanna be able to listen and enjoy everything I paid for. Production-do we really need to talk production when it comes to OF? Everyone knows they have the best production in the game right now. I can name a few producers I just know from my own knowledge who are up to their level but more of the well known producers out right now have nothing on OF. Nothing! Subject matter, we got variety but it didn't make the album seem like a clusterfuck. Like I said, there was a nice flow throughout the album. Each song went right into the other, letting the listener just take a ride throughout the story. Also, this album was dark. When I say "dark", I mean the production had more bass and the songs overall felt heavy. Can't believe I'm mentally weighing music, but it's the heaviness that you like Hip Hop beats for. It was like the vibe of Tyler's songs, Splatter and Oblivion from the Radical mixtape. I feel like I enjoy this album more at night, like it moves me more with the lights off. Also, emotionally it's dark. Example, let's take Blow from BASTARD and Her (or even She featuring Frank Ocean) from GOBLIN. Blow, he's basically like he got bitches and they do cool sh*t with him. In Her, he's daydreaming of a girl he wants but can't get. There's an underlining sadness in this album which, to me, makes it seem "dark". But dark isn't bad. Note on Tyler as an artist, I definitely see growth and I feel like his sound is more perfected on this album than it was on BASTARD. His third album, WOLF (set to release in 2012), will def be interesting to hear musically.

Sidenotes: Tina was wayyyy better than BSD! But Jasper and Taco still killed it! Love them! Frank Ocean on this album period was amazing but him rapping was crack on crack on crack! Did you hear him on Window nigga? Swag! Also, warning to all other rappers, if even attempt to record a freestyle to AU79, I WILL make fun of you all over Twitter, Tumblr, and this blog. There is a reason why Tyler did not rap on it, it wasn't might to be rapped on. And the album covers were super swag.

Overall verdict: This album is really good. It's better than a lot of the bullsh*t we have to deal with musically right now. It's nice to hear someone talk about things differently than the usual and express themselves differently. I will say I gotta be in a certain kind of mood to just sit back and play this album. It's not something I can listen to whenever. It may be because I feel like I can only truly appreciate it when I can relate to his emotion in the songs. Appreciation is key. Did it live up to my exceptions or my excitement rather? Not really. I just didn't think it would have as much as a dark feel to it as it did. That could have been my fault because I should have taken the title of GOBLIN into account. But y'all know how artists do, name their album something and it has nothing to do with the album itself. Nowadays, our brains are trained to expect artists not to be creative or think things out before we think that they will. So the album is good, high quality music. It has classic elements to it. I personally prefer BASTARD but I am excited for WOLF. Not even gonna lie.

Whether you think Tyler is out of control, crazy, depressed, violent, dude who wasn't spanked enough as a child or a musical genius and innovator, you can not deny that he works hard, performs his ass off, and puts every ounce of passion that he has in his mind, body, and soul into his work. The way the world is nowadays, especially this industry, you have to have the type of mindset Tyler has to have concrete success. If you sit there and cry about every little thing some blogger or radio host or hating little kid on the street says about you, YOU will be the reason you fail. OF signed themselves. They do whatever they want and they are happy as f*ck! How many of you artists can say you're doing that? I just have the utmost respect for OFWGKTA. Especially for them to be as young as they are and doing what they're doing, it's just inspirational. If Tyler sees this review, cool. If not, cool. I just blog to... blog. More reviews to come, later.


Purchase Tyler, the Creator's GOBLIN on iTunes and Amazon.com