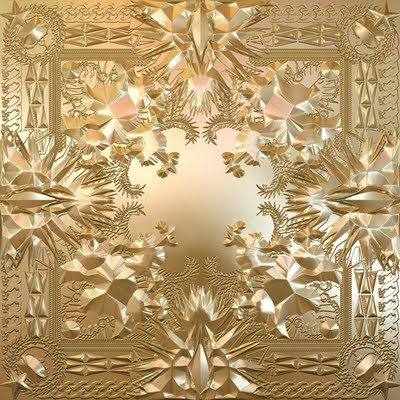 Why so surprised? Did you think I was going to let Jay-Z and KanYe West drop an album together and I wouldn't do a review on it? N*gga please! As usual, I'm one of the last people to do review on an album. I have my reasons. After much hype and excitement from the world, on August 8th, the Roc's own dropped Watch The Throne on iTunes for digital purchase only and then the physical was available on August 12th. 12 album tracks and 4 bonus tracks. Features include OFWGKTA's Frank Ocean (twice!), Beyonce (what a surprise! -_-), G.O.O.D Music's Mr. Hudson (fuck yea!), Otis Redding (kinda), and Swizz Beatz (damnit!). Production credits on the album go to KanYe, The Neptunes, 88 Keys, Hit Boy, Swizz Beatz, Q-Tip, RZA, and newly signed G.O.O.D Music producer, Don Jazzy. Fyi, virtually every song on this album contains a sample, some of them even have two or more samples! How many producers does it take to produce a track with two samples on it already?! Bad joke, bad joke.

As for other facts...