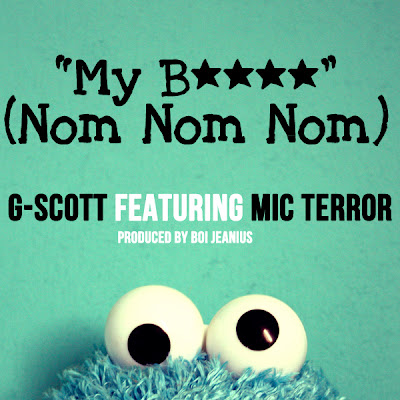 G-Scott ft. Mic Terror-My B*tch (Nom Nom Nom) [prod.by Boi Jeanius]
New song from G-Scott featuring Mic Terror! As female, you will probably think that I'm highly offended by a track like this, but I think this is hilarious! Lol The intro only is funny. But yea G-Scott and Mic Terror got funny with their favorite past time. I fucks with the beat though, word to Boi Jeanius! Funny shit, guys. G-Scott has a project on the way titled, The Micheal, G-Scott EP, which should be out by late November!  Enjoy people!