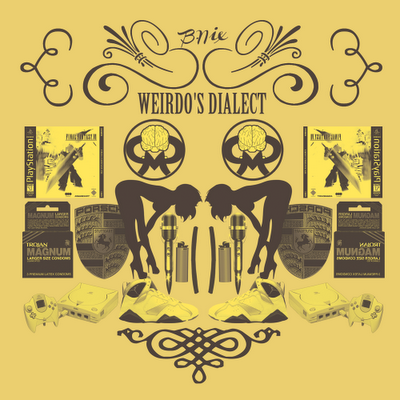 B-Nix-Weirdo's Dialect mixtape
Check out this new mixtape from B-Nix titled Weirdo's Dialect. Features include Nolan The Ninja, Everyday Jay, Phil Swish and Richy Marciano. All production is done by J.Woods. I was simply just simply sent an email with a link and the artwork. I don't know where B-Nix is from, previous work, or anything about him really. But he did let us know this is his first full project. I suppose the rest is up to our imaginations. Lol

But let me tell you guys something. This has to be one of the dopest projects I've heard this year. And B-Nix has to be one of the dopest emcees I've encountered this year as well. I've been trying to figure out who he reminds me of so I can give you guys one of my weird descriptions but I can't. He reminds me of some many different emcees and other things in life that I've come to the conclusion that he is truly unique as fuck. He's classic yet brand new. There's soul but at the same time, he doesn't give a fuck. There's humor but he's being dead serious about what he's saying. B-Nix is epic. Weirdo's Dialect is so diverse but it all makes sense. This project consists of pretty much everything I like when it comes to a mixtape-a dope ass mixtape. His flow is pretty much flawless and lyrics are on point and make sense. I swear there are some emcees who have lyrics that don't make any type of sense. I don't believe that this is his first full project because to me, it seems like he's been doing this for years. Only things I have against this project is, I wish the production went a little harder and the vibe had a little more energy to it. But that's just my personal preference. I actually (literally) enjoy this project. I fucks with this 'tape. B-Nix is dope. If you've read this whole post and don't download this mixtape, you need help. That's all I'm gonna say. And yall know that when I bitch at yall, the music has to be something serious. Lol Download this mixtape right now! 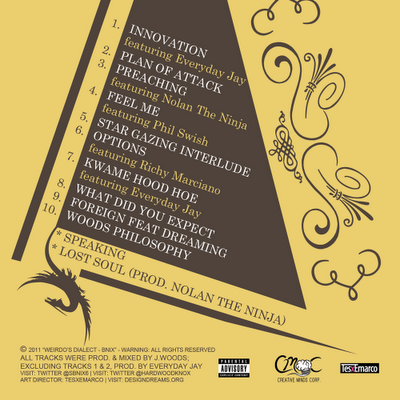