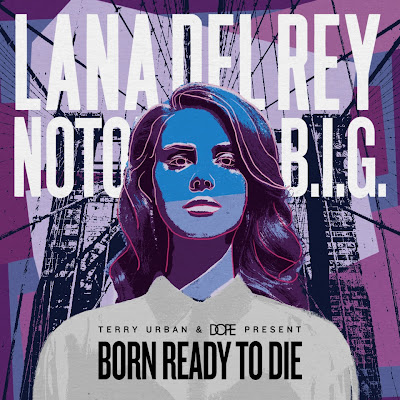 Terry Urban x Dope Couture-Born Ready To Die
Check out this remix project Terry Urban and Dope Couture put together titled Born Ready To Die. They mashed Biggie's Ready To Die with Lana Del Rey's Born To Die in honor of Biggie and the 15th anniversary of his death. Tracks include production from MikeKUZ, Makeshift, CJ Luzi, nVMe, Soulklap, Terry Urban, and more. I know we've heard many remixes of Biggie's songs over the years but this project has some of the illest I've ever heard. Plus they mixed them with LDR's album which goes hard on its own. Their lyrics match up so well and the producers matched the songs up so right! I think my favorite is Money Is The Anthem, I stood still when that was playing. Dopeshit. I think Lana and Biggie's music is a perfect match. The producers brought the best out of both artists. And the "I grew up on Hip Hop" New York songstress is probably geeked about this project. This project is epic. Everyone def needs to check this out.