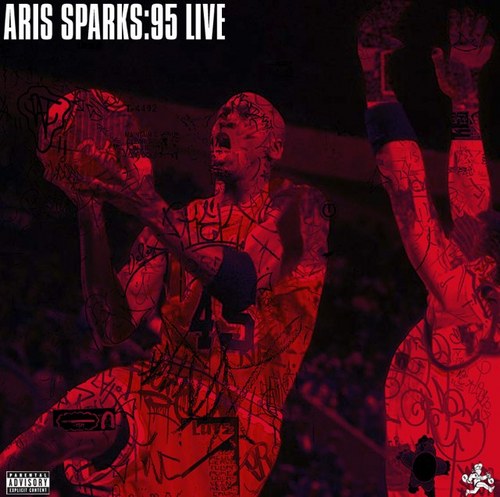 Aris Sparks- #95Live mixtape
New mixtape from Delaware's own, Aris Sparks titled #95Live! In honor of the Hip Hop during 1995, Aris takes on some of the most memorable hits from then. Includes hits from Busta Rhymes, Wu Tang Clan, Biggie, Outkast, and more. Artist features include K.Rivers and KyonMartin.

I was blessed with the opportunity to get an early preview of some of the tracks off this project, so I've been so excited for the whole thing to drop. When I heard of the concept, I thought it was genius. Being little back in '95 and hearing some of these tracks on the radio the first time I heard them, I don't even think I knew how dope they really were. This project is pure nostalgia for anyone who fell in love with Hip Hop in the 90s. A lot of the older Hip Hop heads feel like us young ones don't appreciate the culture and music from back in the day but Aris has definitely proved them wrong. Aris didn't just get on the beats and do some rappity rap shit either. He took on the songs as if he was a rapper back in '95 and was given the beat in the studio on a cassette tape. His flow and vibe fit each track perfectly. I think the perfect example of that is Jump. I told Aris if that track didn't make the project, I would cry. Yeah, it's that seriously dope how he did that shit.

I've known about Aris and his music for only a bit now but I'm already loving what I'm seeing from him and if he stays focused and true to himself, he's bound to make it. He's an emcee with substance and we always need more of them in the game. And I like his voice-that sounds weird, but I really pay attention to rappers' voices. This is why I can't really get into Danny Brown. Lol but I like Aris's voice. Do I sound like a groupie? Anywho, yall know I don't fuck with no bullshit, so if you want to hear some really ill freestyles comprised of killer flow and dope lyrics, download #95Live and thank me later. Enjoy!