Somebody That I Used To Know. 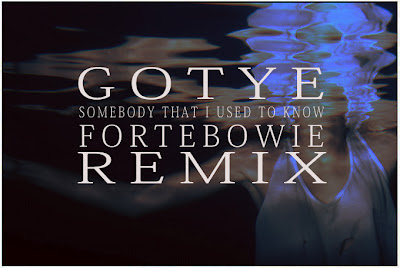 As he gears up for his upcoming, highly anticipated project, Passion And Confusion, Forte has decided to put out a series of remixes of some of everyone's favorite songs. To start things off, Forte gives the people his take on Gotye's hit, Somebody I Used To Know featuring Kimbra. Forte flips the vibe of the simple, airy original song into a dark and dirty track with Linkin Park and Mykko Montana samples that match the lyrics of the song oh too well! Again, this is the first of many amazing remixes from ForteBowie to come, so be on the lookout for those! Passion And Confusion is due out this summer-it's coming people, don't you worry!