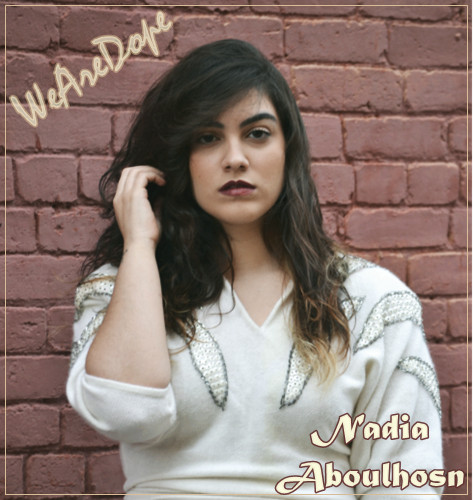 After a bit of hiatus from the WAD series, I wanted to switch industries for something new. And what other industry is as amazing, brutal, and inspiring as the fashion industry. Now I don't know the fashion industry as well I know the music industry, but I understand it's importance and want to know more. So nowadays, when I personally think of fashion, I think of the thousands of fashion bloggers who are truly making a living based on their own personal style. And one of the best fashion bloggers out right now is none other than Nadia Aboulhosn!

This Lebanese and white mixed beauty hailing from the sunny state of Florida, now residing in NYC, has been making quite a name for herself in this industry. Her amazing curves and strikingly beautiful face have been catching the eyes of women and men all over, who just admire and support her. She's been featured in and modeled for the likes of Seventeen Magazine, American Apparel, Teen Vogue, Refinery 29, Ashley Stewart and was recently on The View!

I discovered Nadia while I was chilling on Tumblr and a photo of a gorgeous woman in a black mesh and solid dress standing in front of a lake. And I remember reblogging the photo and saying something to the effect of, "No homo, but she is HOT! Omg she is beautiful!" And then I remember she started following me on there and on Twitter and I was hype as fuck because there was a name to the beauty and there were many more photos of her for me to admire. Do I sound like a stalker yet, I swear I'm not! Lol As a girl, I could easily be jealous of her and become a hater. But there is no denying her beauty and the gracefully spirit that she has. Nadia has truly inspired me to not only dress the way I want to, but to love myself as well. This feature was more of a Q&A rather than like a more interactive interview because Nadia is boss and she got things to do! But nonetheless, just the fact that she replied to my email was enough to make my month of May! With no further delay, here is WAD: Nadia Aboulhousn!

Interview after the cut! 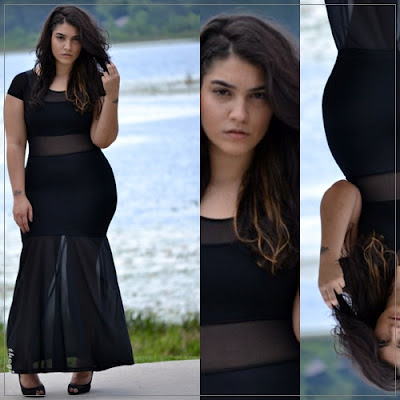 How young were you when you developed your own personal style?
My own personal unique style didn't really develop until I found out who I was as a person, which was fairly recently. I say around 21 years old. I'm 23 now, so two and a half years.

I follow you on Tumblr and Twitter and see that you answer questions and give words of encouragement to others and it's generally positive and good-hearted. Do you ever get negative feedback? And if so, how do you deal with it?
I definitely try to stay as positive as I can be, especially for my fans and followers. I don't get too much negative feedback, but when I do, I usually delete the message without ever responding. Sometimes, for really offensive comments, I post it up on tumblr to show people its okay to defend yourself. Its important for people to realize not everyone is going to like what you do. I'm someone [who] some people idolize, they think so highly of me, they expect everyone to and sometimes its just not the case. I don't live a perfect life. I want them to see that it's okay to defend yourself and stick up for your own self and what you believe in. Never let anyone walk over you.

What has been the hardest thing you have had to deal with while coming up in the fashion industry?
The hardest thing for me coming up in the fashion industry is probably patience. Nothing comes fast, it takes a lot of hard work and doesn't happen over night. You have to really, mentally and emotionally, handle your feelings because your strength gets tested frequently. There were a lot of days I felt not like myself and questioned the moves I've made, but ultimately, I knew it would be for the best. I just had to believe in myself and stay persistent.

You are seen as a representative for full figured, curvy women in fashion, what responsibility does that role hold for you?
I love that I represent curvy women in fashion and it holds a huge responsibility, but I not only want to be a role model for them, but for girls all shapes and sizes. I think it's important to focus on women as a whole instead of using weight class to differentiate us when we are all the same. Weight doesn't make us any different. I look at myself as a walking business. What I say, what I write, how I act, the moves I make, I want people to be influenced by them. 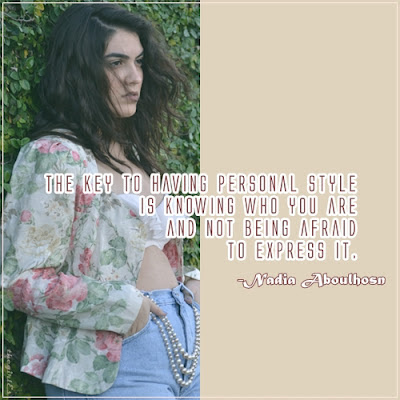 Some people feel that designers need to embrace curvier models or models that actually look like most of their consumers. Do you feel that is necessary?
I don't feel like its necessary, it depends on the designer. Some designers, such as Tadashi Shoji, have skinny models but he is one of the top selling plus size fashion designers of this era. I think it is the designers' preference. I personally don't have anything against designers who use skinny models or who use larger models. Its their designs, they have their own vision in their head and they should be able to execute it how they envision it without being ridiculed. I do think that some designers are making a mistake by not going into the plus size market, because there are a lot of women willing to pay for amazing designer pieces because the majority of plus size clothing is bland.

What’s your view on the saying, “Real women have curves.”
I've always thought that comment was ridiculous. So if a woman doesn't have curves..She's not real? Everyone has different bodies, some women are naturally born skinny and less curvy, they are not any less than myself because they are lacking a physical feature. I hope talk like this goes away one day. If we keep differentiating ourselves from one another, we won't be treated as equal.

For any girl out there who may not feel completely confident with themselves, what would you like to say to them?
Don't let anyone define you as a person. Start telling yourself you're amazing and confident and you'll automatically start to feel it. Focus on yourself and work hard toward what it is your insecure about.

What can we expect from you in the future?
In the future, you can expect amazingness. Haha... I'm only half way kidding. Definitely in the near future there will be a lot more events, but further in my career and what I really want to do which will take a great deal of time, is my own fashion line. Till then, I just want to be a fashion icon.

I hope you were all inspired! I am eager to see Nadia do her thing in the industry and become that icon. And hopefully Nadia and I can work together in the future. I made a collage of some of my favorite outfits from Nadia, so check it out below! 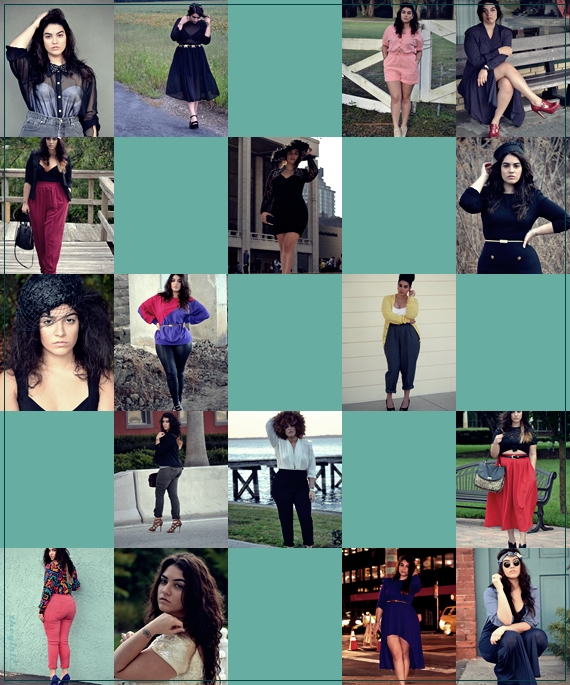