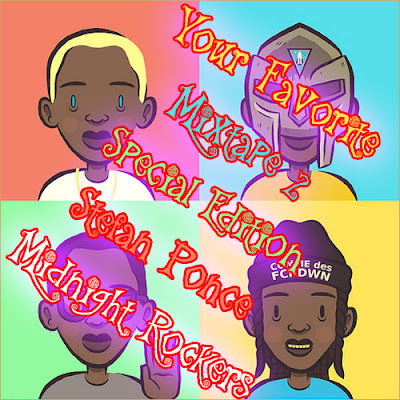 brandUn DeShay- Your Favorite! Mixtape: 2 (Special Edition)
New music from brandUn DeShay titled Your Favorite Mixtape: 2! This is the special edition, cause apparently he is yet to release the official version. ...Yes, I'm confused too. This isthe second time where brandUn has recorded a whole mixtape in just 24 hours. Pretty impressive. Along with the release of this special edition,DeShay has released two videos from the project, which are Chief KeeShay and ShayDilla. So check out the special edition release and check out the videos below! Enjoy!