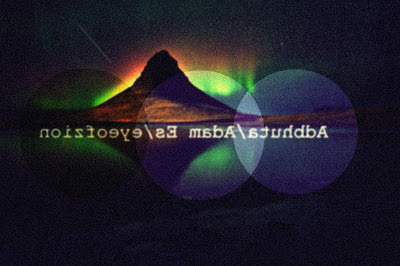 Adam Es-Adbhuta [prod. by eyeofzion]
New music from 16 year old, LA emcee, Adam Es titled Adbhuta! It's off his forthcoming project, TECHNICOLOR. First off, I think it's dope my name is in his name-I just had to point that out. Also, the title of this song may just seem weird and funny to you but its Hindu for "amazing". That just makes it simply dope!

With this song being put into the genre of "imaginary" on SoundCloud and his email stating that the song is about Hindu gods, I just had to check it out. And I didn't listen to it once, or even twice. I listened to it about 5 times in a row. First, the production is incredible! And the way Adam get on this production may seem lazy to some, but I think it works out pretty well. Adbhuta puts you in a trance where you feel like walking through a sacred place where imagery of Hindu gods surround you and incenses is burning. I really enjoy the uniqueness of this song. I wish it was a bit longer though. I wanted to enjoy the vibe some more. I'm gonna keep an ear out for Adam Es because so far, I like where he's going. Enter another state of mind and enjoy!