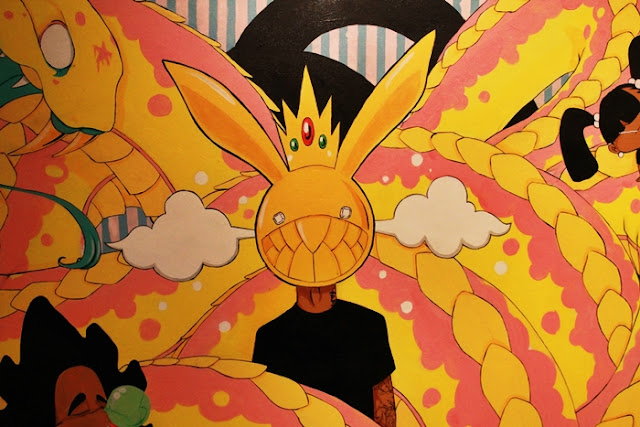 On July 11th, the up and coming, underground scene of Atlanta came together to support visual artist, tattooist, and overall cool guy, Paper Frank and the opening of his art exhibition, Pink Lemonade. Paper Frank premiered some of his latest works to everyone while having t-shirts, pins, and the art itself up for purchase. The event took place at Blue Mark Studios and it was packed! It was so packed that they had to rotate groups of people in and out of the exhibition to ensure everyone got a chance to take a quick glance at the art. 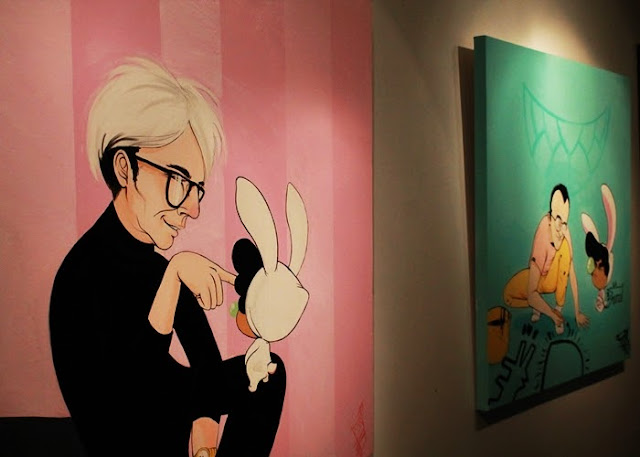 Outside and inside the venue amongst the large crowd of skaters, models, bloggers, photographers, and the overall weird but cool kids of the city, you saw the faces of some well known influencers of the old and new Atlanta such as Miya Bailey, Trinidad Jame$, various members of Two-9, Sean Falyon, Spree Wilson, ForteBowie, CRUx, and many more.

Besides the people, the art was pretty amazing. Paper Frank had tributes to art greats such as Andy Warhol, Basquiat, and Keith Herring. His work fuses culture, fantasy, and reality in an amazing way. Paper Frank's art is quirky yet powerful which makes his work very unique and symbolic of the new wave of artists. 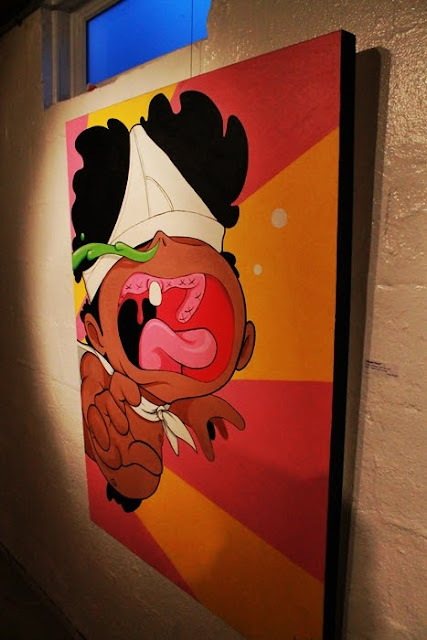 Apart from the large crowds of people, the various popular faces that were present, and the dopeness of the art, one thing that I noticed was that everyone was genuinely happy for and proud of Paper Frank. He didn't have any major sponsor to make this exhibit happen, he raised the money and with the help of some good friends, pulled off this incredible exhibition. But the opening of Pink Lemonade didn't only prove that PF has major following but that the city of Atlanta could come together and support someone or something in good vibes. 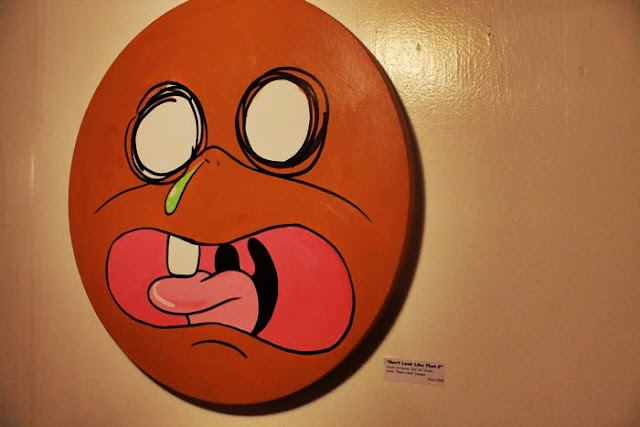 It was truly touching to just see that many people out there and I know probably not all of them got to even see the art. But just being out there to show support for such a great talent and what his work and himself represent when it comes to this rebirth of Atlanta culture, it's just fucking dope as hell. For the hour and half that I was at the event and just walking around, taking photos, I heard over and over again, "Frank brought the city out! This is really great!"

I hope that Atlanta continues to support each other like this, whether it's going to music concerts, attending charity events, and even more art exhibitions. We need to continue to support and inspire each other as young creatives. And I truly hope we do.

Paper Frank's Pink Lemonade exhibition will be open until September 29th at Blue Mark Studios. Be sure to check it out, it's really dope! For more info, check out BlueMarkStudios.com

Es said…
Lol thanks! Glad you enjoyed it!