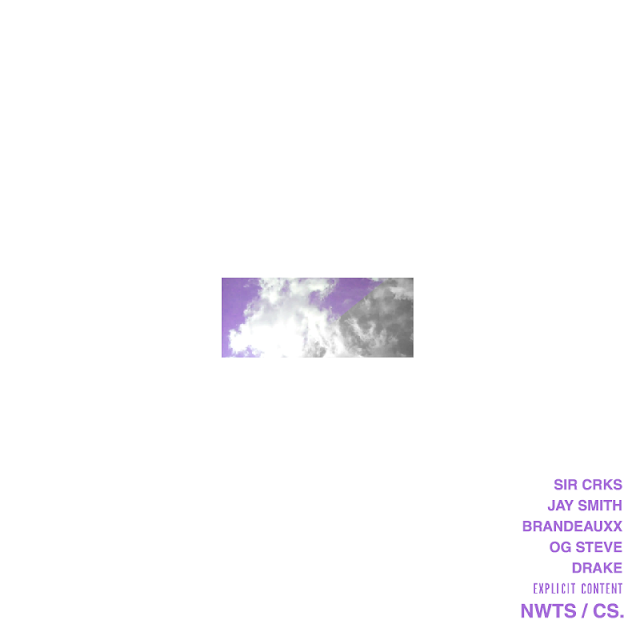 Sir CRKS, Jay Smith, Brandeauxx, & OG Steve present Drake's NWTS (C&S)
Some of Houston's dopest up and coming DJs and producers got together to put their city's beloved chopped and screwed style on Drake's now platinum album, Nothing Was the Same! Not only did they rework each of the album's tracks, but also added some original interludes and their take on Drake's loose track, The Motion.

I've enjoyed many of the releases coming from this group of creatives. And I have to credit Sir CRKS' work for really getting me into C&S cause honestly, it wasn't my cup of tea. But they really brought new life to this album that we all have probably played out by now. Like Started From the Bottom is so ill C&S! And who would have thought that chopping & screwing The Language would add great emphasis to the cockiness of Drake's lyrics? -Was that too deep for you? Lol

There are many versions of NWTS out there but this will probably be the most original and creative approach to the popular project using a historic style. And the artwork associated with each track is dope. I'm a sucker for simplicity in visual presentations. Po' this dopeness into three stack cups and consume.