Little over a month ago, legends, tastemakers, creatives, weirdos, and dreamers migrated to Austin, Tx for the annual SXSW festival. The crazier portion of the festival is always the last week, Music week. And this year, SXSW wanted to make it bigger than ever-which turned out to be good and kinda bad. This was my second year attending the festival and after that trip, one would think I would make it my last-but fuck that.

So I was out there with the team, 1990 and we had some other people with us since one of Forte's managers, Worldwide Ty partnered up with Hallway of OriginalMattress.co to do an official stage called The Sleepover. And plus, ForteBowie had two stages to do and lots of networking, so I was out there for valid reasons. And as always wherever I go, I try to make the most of it and take it all in. But if you were in Austin during this time, whether you're a local or there for the fest, you really had no choice BUT to take it all in. And then some.

Because I'm Es and I sometimes like to do things the hard way, unlike many traveling to Austin via airplane, my bank account and I decided to ride a Greyhound bus out west. For 22 hours. And understand, right before I hopped on a bus and left ATL, I took a midterm exam in my Music Industry class that pretty much determined whether or not I would pass that class. How fitting.

So I had one transfer in Dallas and by this time my phone was blowing up from friends and family in Atlanta. They got word of the horrific event that happened at SXSW and wanted to know if I was okay (I was in the middle of No Where, TX on a Greyhound bus-yeah I'm fine!) and if members of my team who were already in Austin were fine. And thankfully, they were. But its kinda unsettling to be on your way to something where an event as tragic as that one occurred. But I made it 19 hours from home, why turn back now?

And after that crazy experience of SXSW '14 that I had, which we will get into in a moment, all I wanted to do was take my exhausted black ass home to Atlanta. Another 22 hour ride, with interesting strangers, including a felon running from the police, and an emptied out bank account - I made it home. Woke my mom up and she freaked out in pure joy as if it was the day I was born again-cause it was a special day when I was born. Quit flexin' like it wasn't.

My advice, if you don't want to be fancy and fly out to Austin and would rather drive, rent a car and do it with a bunch of good people. Greyhound bus rides are a true experience that no one should endure unless absolutely necessary.

The Expected & the Unexpected

SXSW is one of the biggest annual festivals in the US and probably in the world. People from all over come to it and hope to discover something new, epic, or just simply want to have a good time. Again, this was my second year going to the festival so I understand the basic logistics of it. Traffic is crazy, streets shut down, masses of people walking everywhere, mad trash on the ground, girls' bodies (literally) hanging out their clothes, too many promo teams shoving stuff in your face, etc etc ETC! But damn. I felt like there was wayyyyy more people there than last year. At moments, I felt like I caouldn't breathe and I was actually outside-how does that work?!

And yeah, it's a festival. There will be multiple shows and events going on at the same time. But why-whyyyyy did all the good shit have to happen on the same days at the same exact time?! And of course, all these events had to be like nowhere near each other. Making them close by would just make things too easy for us festival goers. So yeah, I missed a lot of probably dope stages but I was out there to work too, so I could only have so much fun.

Now SXSW 2013, I saw a lot of good acts perform like Kendrick Lamar, Action Bronson, and Talib Kweli. The thing is though, I already knew these artists prior to seeing them at SXSW and if anyone knows the history of this festival, that wasn't the initial point of this festival. This festival was originally about discovering dope talent that you had no idea about until you saw them hit a SXSW stage. This is why many repeat festival goers were not too impressed with major acts such as KanYe, Jay-Z, and Lady Gaga performing at the fest. But no one forces you to watch their sets-I digress.

Even with the erratic schedule, I managed to peep performances from artists I’ve heard of and never seen perform or just had no clue who they were. For example, it was on my bucket list to see Denzel Curry live. I know the dude, hung out with him during A3C ’13, but I never got to see him live. Thanks to A3C’s SXSW stage, I did and I also saw how crazy shit can get when he performs Threatz. Also I saw Chicago rising star, Dreezy and bounce along to her song Zero.

Most of my “discoveries” happened at Original Mattress’s Sleepover stage. That stage probably had the most diverse lineup of artists I’ve seen in a while. Watched amazingly dope acts like KSRA, The GTW, LaShaunEllis, and The Flavr Blue. Since being back in Atlanta, I’ve got a lot of their work in heavy rotation.

Besides the festival aspects of my trip, I think the more personal/non-related SXSW aspects were the ones that really had me like, “What the actual fuck is going on in my life?” As if the trip to Austin wasn’t eventful enough, the universe felt like it needed to spice things up even more. Like arriving to Austin and realizing the crew had no whip. Let this be a lesson to potential SXSW festival goers-HAVE A CAR! It’s Texas, it’s big. And no, there is no amazing train system like NYC that can take you to any and every block in the city. So yes, the lack of “on demand transportation” really hurt my soul and bank account. Those taxi rides back and forth every day add up.

Food was kinda a struggle. I ate decently but like, I was determined to eat good this trip and that didn’t happen. And thankfully, it wasn’t scorching hot, so I wasn’t dying of thirst out there. I really wanted a slushie one day and that didn’t work out. People, just make sure you have the sense and funds to ensure that you can survive out there. Because if not, it will turn into Survivor: SXSW Edition on your ass with the quickness.

After all the hell and heaven I experienced during this trip, I realized my career and life in general depended on being in Austin for SXSW. I’ve learned more survival skills than ever. I learned the type of people I want and need to surround myself with, especially in my career. Also, I realized that truly amazing talent not only comes from all kinds of places but that you’ll discover them in the most unusual circumstances.

But I came back to Atlanta thanking God I was able to go to the festival this year. And sooner than later, I’ll share one way this trip has paid for itself and was truly worth it. But for now, just know that if you’re an artist, industry professional, or just a music fiend with some extra funds, SXSW is something your shouldn’t miss. And if you go, make sure you make it worth it.

And  of course, you know your girl had the camera on deck. Didn't take as many photos as I wanted to because I was truly out there working but I managed to get some pretty epic photos: 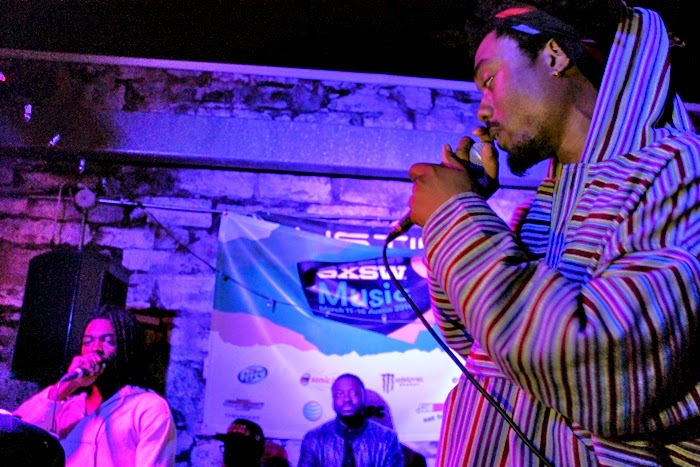 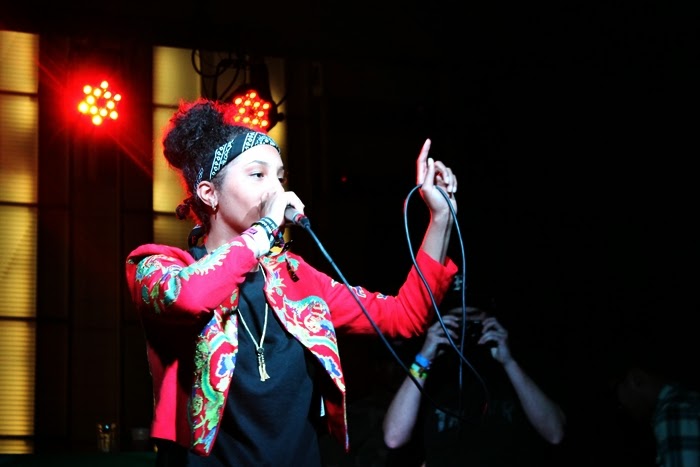 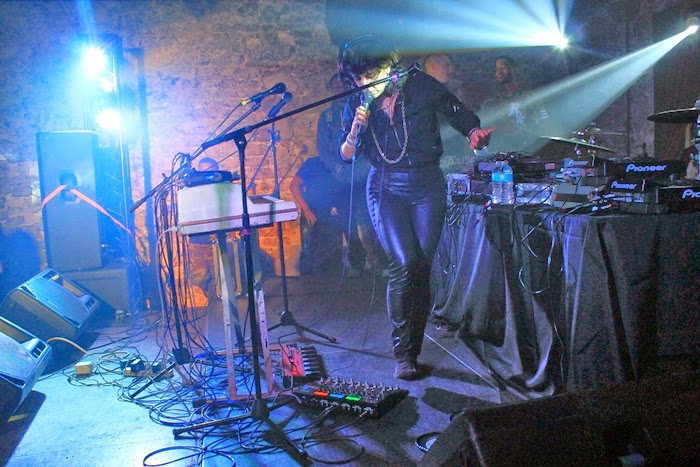 For even more photos, head over to my photography site, EtherVisions!

p.s. I passed that Music Industry class's midterm. It's all good. Also, Blogger is being an ass about how it's uploading my photos. I don't know why it's messing up the quality of them, sorry guys.