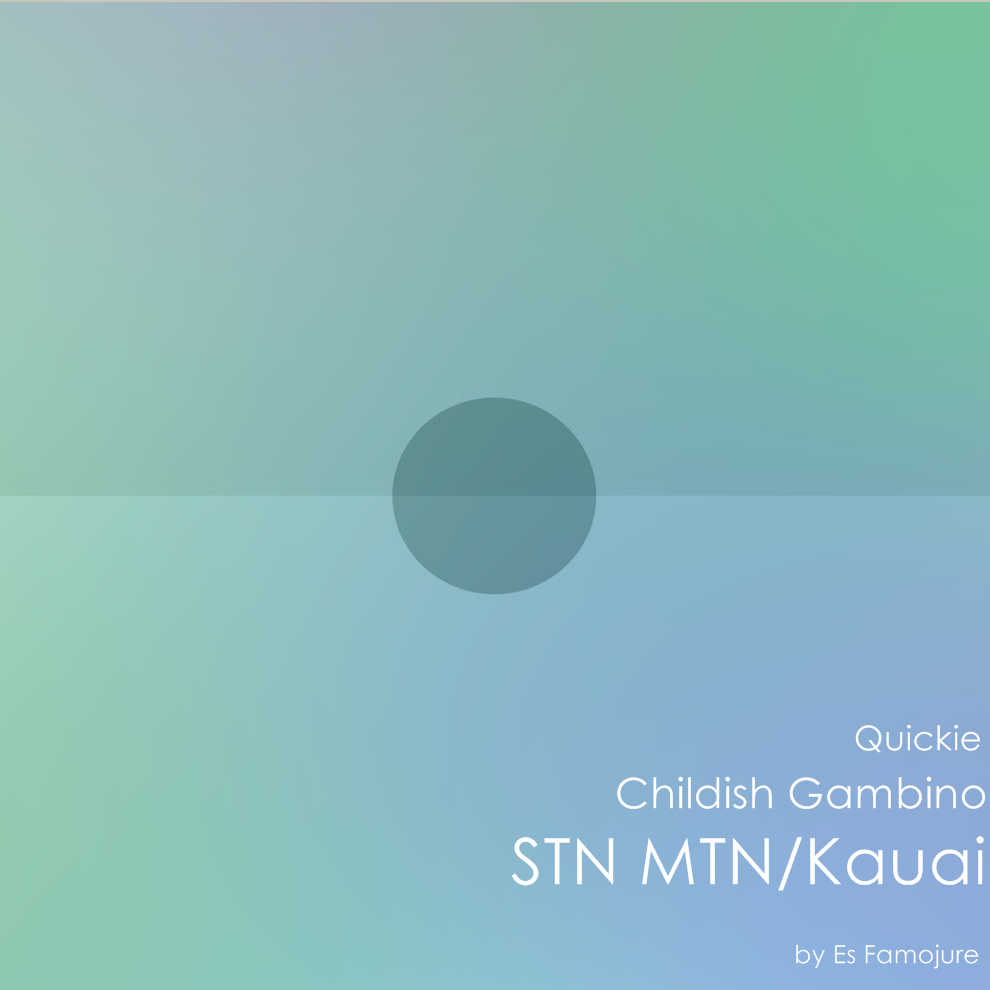 Quickie? What the hell do you mean by "quickie", Es?
I mean a way for me to still give you honest and insightful nonsense about projects I come across in a brief fashion. In other words, it's a quick review on projects (EPs, mixtapes, & albums). I like doing reviews and you all like to read them. Therefore, I had to think of a better (and more efficient) way to do them. Enjoy this first one!

I was excited about this. I'm always excited about new releases by Gambino, but I was dumb excited for this one. Not only because I am from(for the most part) and currently live in Stone Mountain, GA but because I was just ready for a new set of music from this guy.

This is a creative project. Gambino's aim was to put a street like mixtape and a indie like EP into one whole piece and have it make some kind of sense-which he did. I think most of these new age Hip Hop artists wish to have a DJ Drama hosted mixtape but feel their music doesn't match that aesthetic and I agree, but if you really want it to happen, just get creative like Donald did.

Hearing old beats from songs like Partna Dem and Nextel Chirp was nostalgic for me as I remember when those songs was fresh on the radio in Atlanta. Surprisingly, Gambino got on these beats and was able to still stay true to his own sound/style. And it did not feel forced at all. The multiple ATL references throughout the mixtape portion made me fall in love with this place all over again.

For those who didn't grow up in Atlanta, visited the city back in like '03-'06, or listened to Atlanta Hip Hop back then, a lot of this mixtape will not make sense to you. The references, that interlude, why the beats he got on should make you say "awwww shit!"-all of this will mean nothing to you! So I guess that's why he added the Kauai EP.

The EP portion was cool. I honestly could have done with out it. Jaden Smith spoken word pieces went right over my head-didn't care for it.

In short, this was a creative and refreshing project. Childish Gambino is one creative muthafucka and you can't take that away from him. STN MTN mixtape was on point. Kauai... eh.