Music Festivals We Should Go To in 2015. 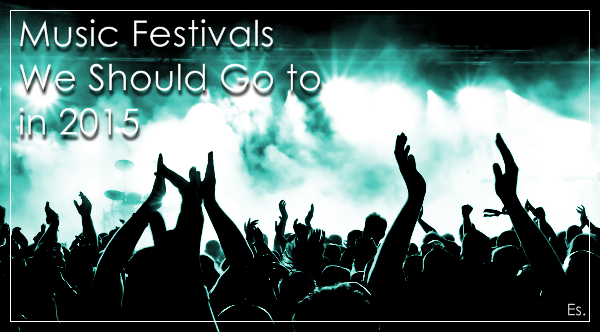 If you follow me on my social media profiles, you are aware that I did not attend SXSW this year and I was whining about it. In reality, I still could have went but I didn't and it was for many good reasons. But still, I was bitchy about it.

I still have festival fever and with this being the first year that I am out of school (since like preschool-seriously), I want to travel. What better excuse is there to travel than a dope music festival! So for both our benefit, I put this list together of festivals all over the country (and Canada) that we can go to because... just because.

This list might be a bit bias because I picked out festivals that seemed interesting to me and I think the people who check out my blog would appreciate. Google is always there to discover more festivals but hopefully this list is a good start for you! 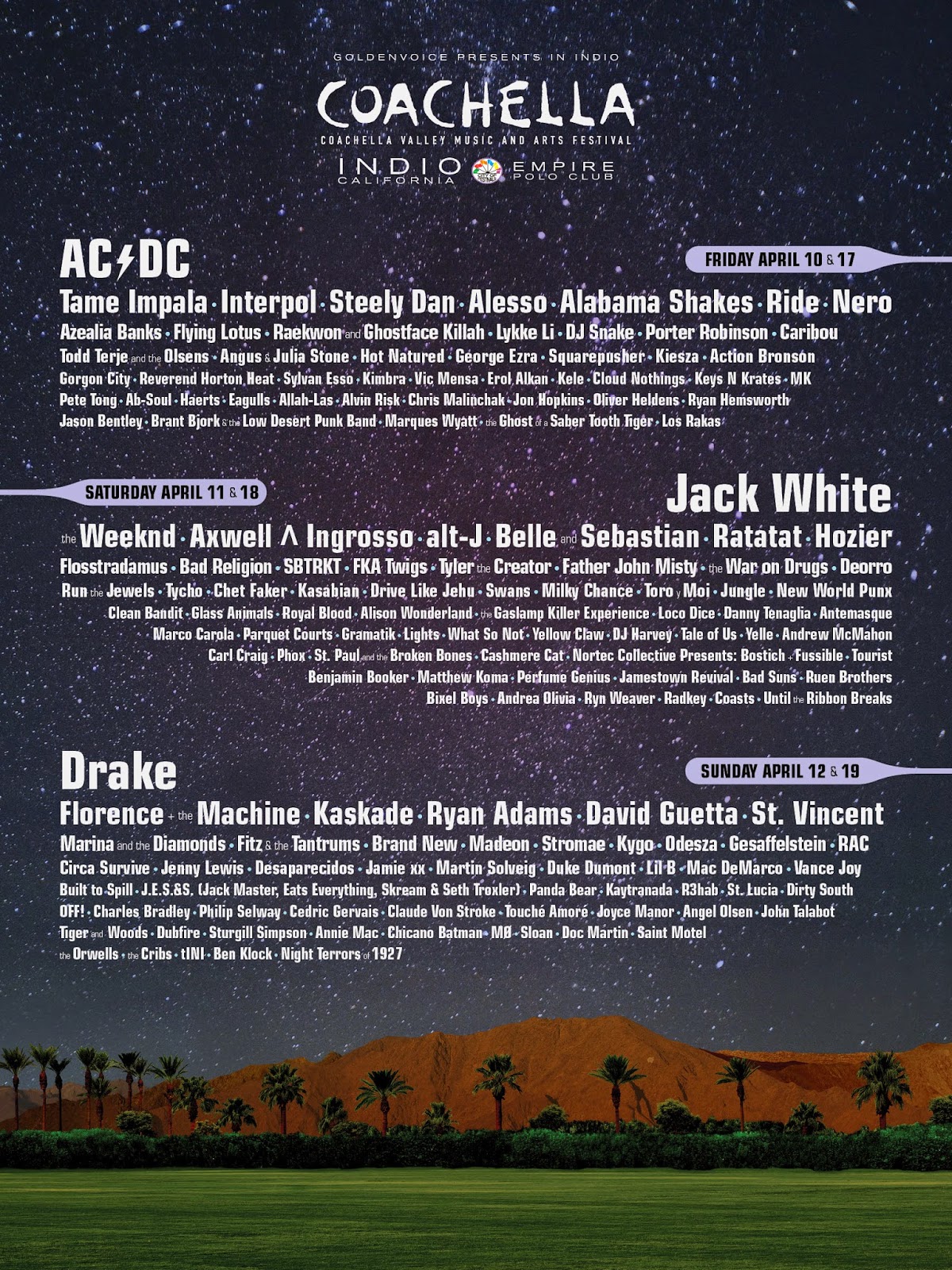 Yes I know, you may feel like you have to get a title loan on your soul to attend this festival but you never know what blessings might be given to you that you can spend on a trip to the wonderful world of Coachella! Think positive y'all. Keep the hope alive! Lol 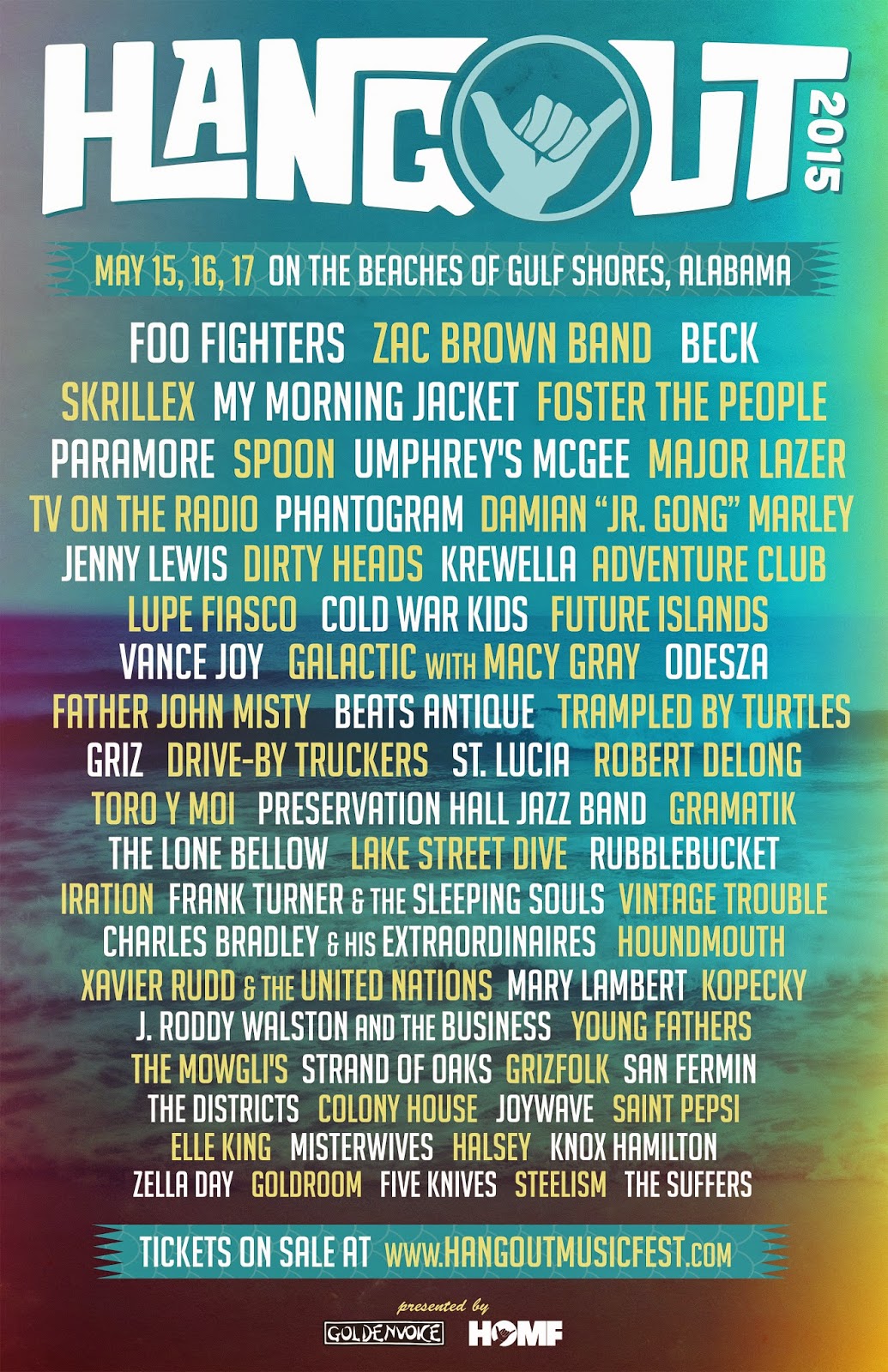 Never heard of this festival until I did my festival research but it looks like a good ass time. The line up is very diverse and it's on beaches-bruh! It's not too far from me in Atlanta, so I might need to grab some folks and drive on out to Alabama! 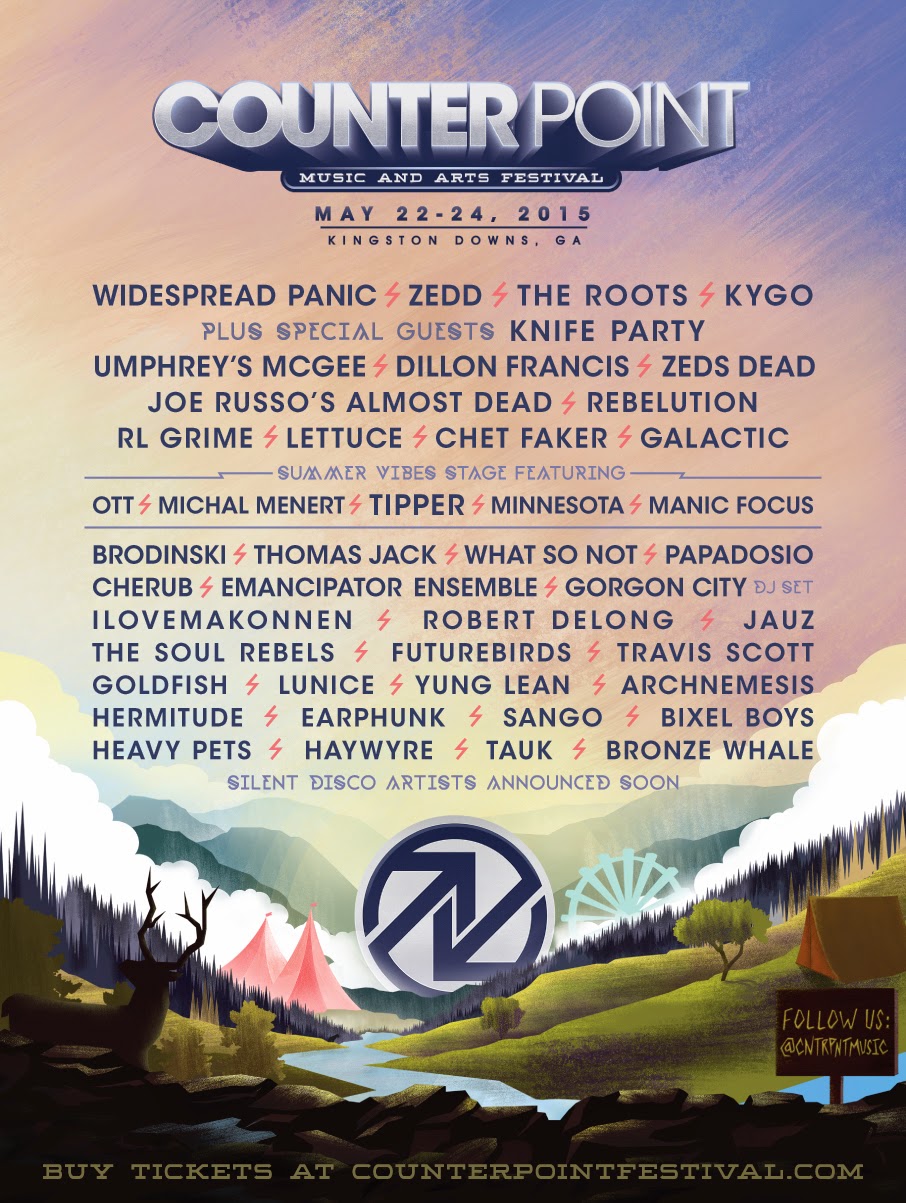 I've always heard awesome things about Counterpoint and the fact that it's in Georgia and I haven't gone yet is ridiculous. This year doesn't have as many Hip Hop acts as I have seen in the past but it's still a good line up. 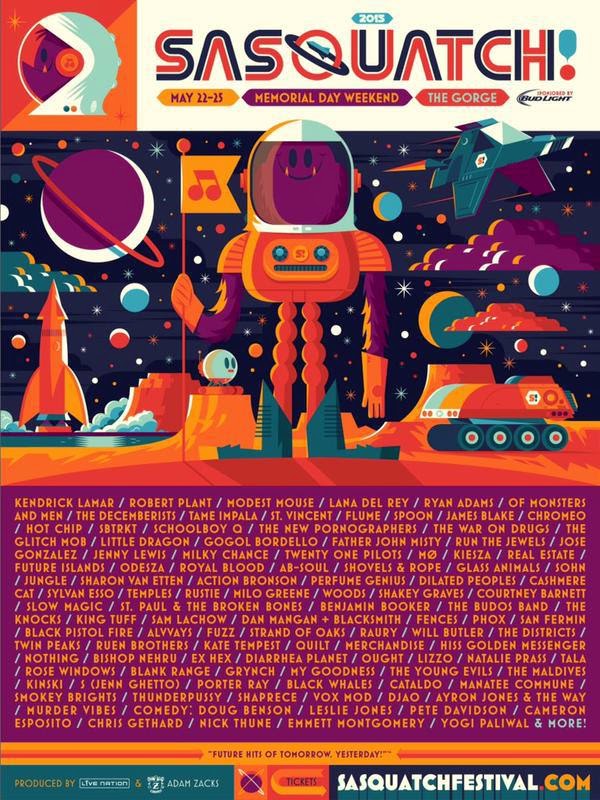 This festival looks live as fuck!!!! Just looking at this lineup and going through the website got me hype! It's on a holiday weekend too?! Ughhh, I need to go to Washington (state) for this!!!! Another festival with a bomb diverse lineup. And plus it's in my second home of NYC. I'm already texting people like, "You tryna go to Governors Ball?" Yeah, you might see Es running around this fest! 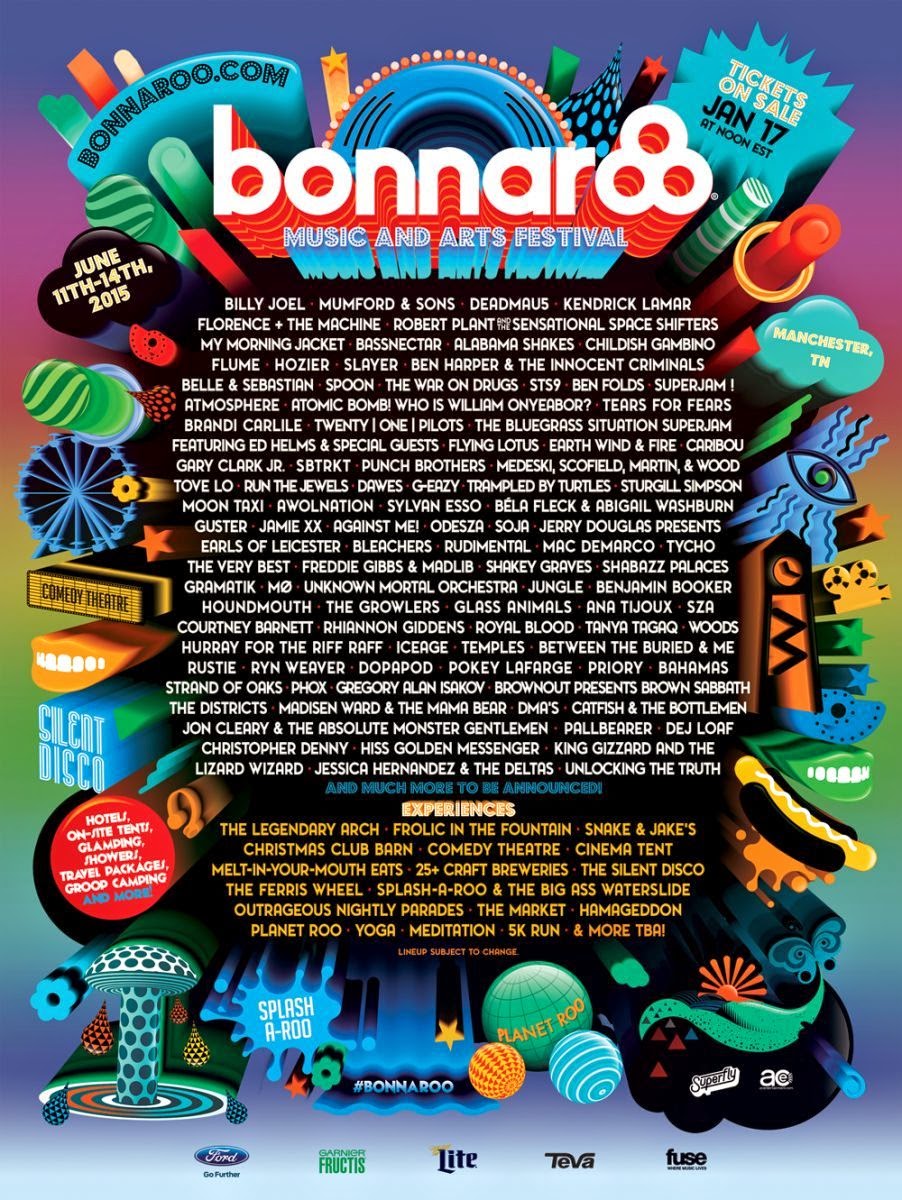 Hearing the word "Bonnaro" always breaks my heart a little because for the past two years, Bjork (who I love and lowkey worship) has performed there and I didn't go. And this year, I might actually go but she won't be there *tears fall*. But nonetheless, this line looks amazing. So if I go, I won't be too sad. Lol 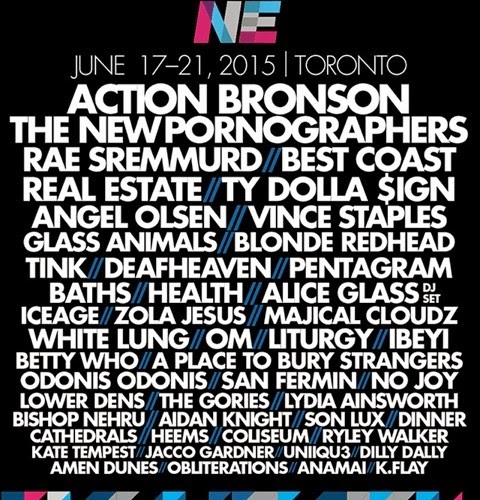 I was actually invited to go to this last year but then the funding fell through for the people who invited me *insert frown face emoji*. I've heard this is similar to SXSW but on a bit smaller scale. NXNE looks pretty official to me and the lineup is pretty legit. Maybe this will be the year I finally go to Toronto-I swear that city is calling for me, bruh.

Of course I need to include some straight up Hip Hop festivals! A lot of HH fests cancelled last year (i.e. Rock the Bells, Paid Dues) and plan to come back this year-we'll see. But Brooklyn Hip Hop Festival has been going strong for 11 years and this year the festival's headliners are Common and Lion Babe. And that's about all the information that is out right now. Hopefully the rest of the lineup is shaping out well cause a good ol' Hip Hop festival in Brooklyn seems so epic.

I've heard good things about Pitchfork's festival but I feel like you would have to have really eclectic taste in music to fully enjoy this fest and get your money's worth. I know about like 1/4 of the artists on this lineup, so if I was going to drop coins on some tickets to this, I would definitely have to do my research on the other 3/4 of artists. But Pitchfork is a respected (and very hated) name in music media, so I think if you attend, you'll be in good hands.

This image is supposedly the lineup for the festival this year. The lineup is not on the festival's website but tickets are on sale. They need to start making some official announcements because this is looking janky (the flyer). Someone could have made this flyer with a made up lineup. But if this is the official lineup-hot damn! Lollapalooza is going to be live! Looks like Chicago got some dope festivals and are lowkey back-to-back. 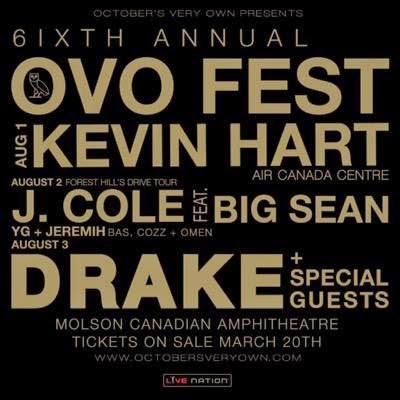 Drake, J.Cole, and Big Sean all dropped albums recently, so you know OVO fest is going to be liveeee! I don't understand Kevin Hart headlining... maybe this will be cool too. But this looks like a solid good time. Tickets are kinda sold out, not sure if they will be putting more tickets up for sale but you know there are always multiple ways to get tickets these days. Another great excuse to be in Canada though!

People who have been to TomorrowWorld have some crazy stories, ones that actually make you glad you weren't around to experience. But I've heard the whole festival area literally looks like another world and the energy is unlike anything you ever felt before. A lineup is yet to be announced but I think no matter who performs there, you'll have the time of your life.

What I look like doing a list of festivals and not including my beloved A3C?! Everyone has their opinions on what A3C is turning into BUT A3C is still necessary for the Hip Hop industry and it is always full of beautiful dope moments. This festival is always a great place for artists, tastemakers, and lovers of the culture to collide and be amongst each other. No lineup announced yet, but I am praying it will be amazing but so far Hip Hop is on fire in 2015!

There is like no information on CMJ Music Marathon 2015. But CMJ kinda runs a bit differently than your average music festival. It's more so represents a moment than an event, if that makes sense. It's like a holiday weekend for music. No real main stage or headliners. There is just a bunch of shows happening during the weekend throughout the city. I went to CMJ in 2012 and it was a blast. It's fun to run through the city going show to show and it's freakin' New York City, y'all. I'm excited for more details to be announced though.

That's it for my list! If you have any festival suggestions for me and the people to check out, leave a comment or tweet me (@thegirlEs)! Tickets are on sale for most of the listed fests and are selling out quickly! If you go to any of these festivals, let me know how it went and share your photos & videos and I might put them up on the site! And you never know, you just might see me and my glasses running around some of these fests! See you there!