p.s. It Was Actually A Mixtape (Drake Remix Project). 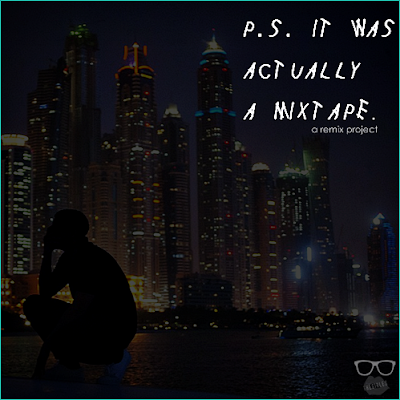 P.S. It Was Actually A Mixtape (direct download link)

When Drake surprisingly dropped his latest body of work, If You're Reading This It's Too Late, everyone was on it. And let's be real, we still on it two months later. But this project of his was not only dope and loved amongst the people, it did pretty damn well on the charts.

Not only did it debut on the Billboard's 200 chart at #1 but he had 14 songs on Billboard's Hot 100 simultaneously. He's tied with the (freakin!) Beatles. So when I heard of this news, naturally I went to Soundcloud.

"Almost every song on the project is on the charts? There has to be a remix for each of them!", I said out loud to myself. Six hours later after combing through SoundCloud and even Youtube and trying to accomplish some kind of a mix, I came up with a new way to enjoy this amazing project.


p.s. It Was Actually A Mixtape is a remix project curated and mixed by me and includes remixes from producers such as Madeaux, Ekali, Henry Stuart, Chi Duly, and more. I am no DJ or producer but I adore and respect those who are, so this is one of the many ways I hope to express that. And I love Drake too. Check out the project and let me know if you fucks with it!!!

Tracklist and Credits after the cut!