The Experience: Let Them Eat Fashion. 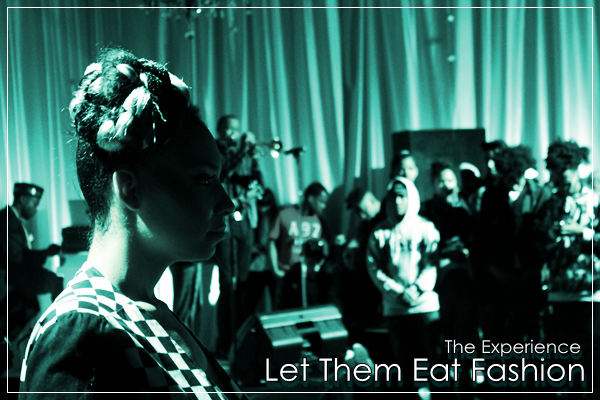 On March 29th, First Taste ATL brought the city of Atlanta an all-new experience with their event, Let Them Eat Fashion. LTEF was where styles of fashion, food, and music collided. The event was hosted by Brittany Sky and Ashley Outrageous and included musical performances from Marian Mereba, Curtis Williams, Kool John, and more. The food of the evening was provided by Brianna Riddock and Chef Mike Boska. And it all went down at Le Fais do-do, which felt like it was located in the back streets of Midtown-took me a minute to even find it. 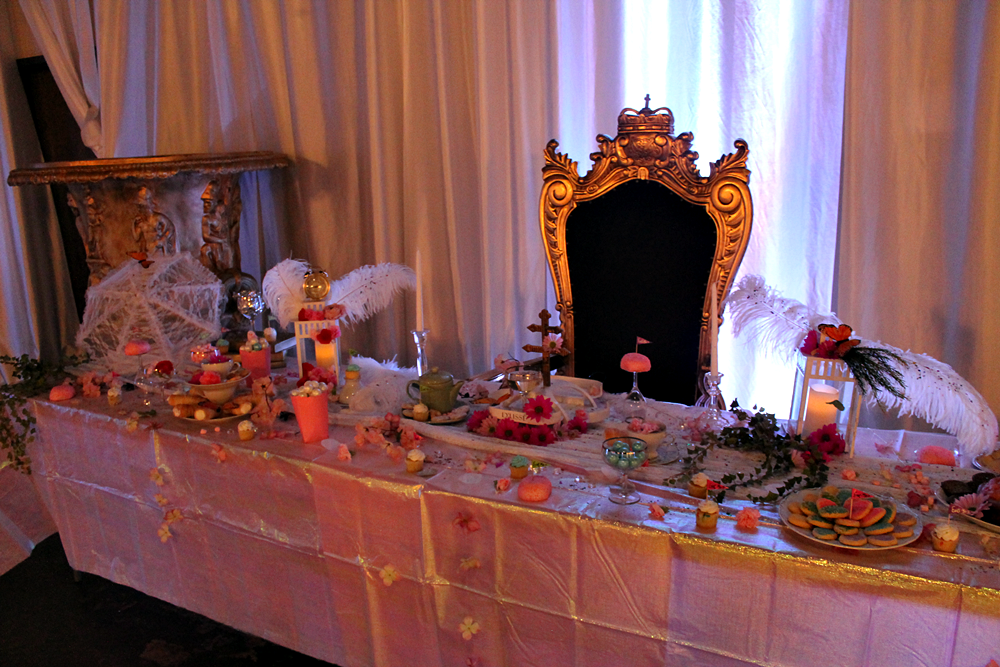 So now for the experience! The venue looked awesome! As soon as you walked in, you felt the theme come to life, which was a royal Victorian masquerade feel meant for the likes of Marie Antoinette. There were huge playing cards in front of the venue and this larger-than-life chessboard with matching size chess pieces. Behind heavy white curtains was where the main event happened. The ceilings had beautiful chandeliers hanging from them and white chiffon drapes to dress the walls. There was some real effort put into the overall atmosphere of this event and I appreciate things like that. It takes you to another world.

The event was to start at 8pm. Now there was no program provided so I don't know if they were running behind or meant to start the fashion show two hours later. For someone who does events a lot, I think the first two hours were meant for people to grab a drink and network but not many people got that memo. Either way, as soon as you walked in, you had Atlanta DJ great, Speakerfoxxx doing her thing and her set was so dope, so time didn't matter at that point. 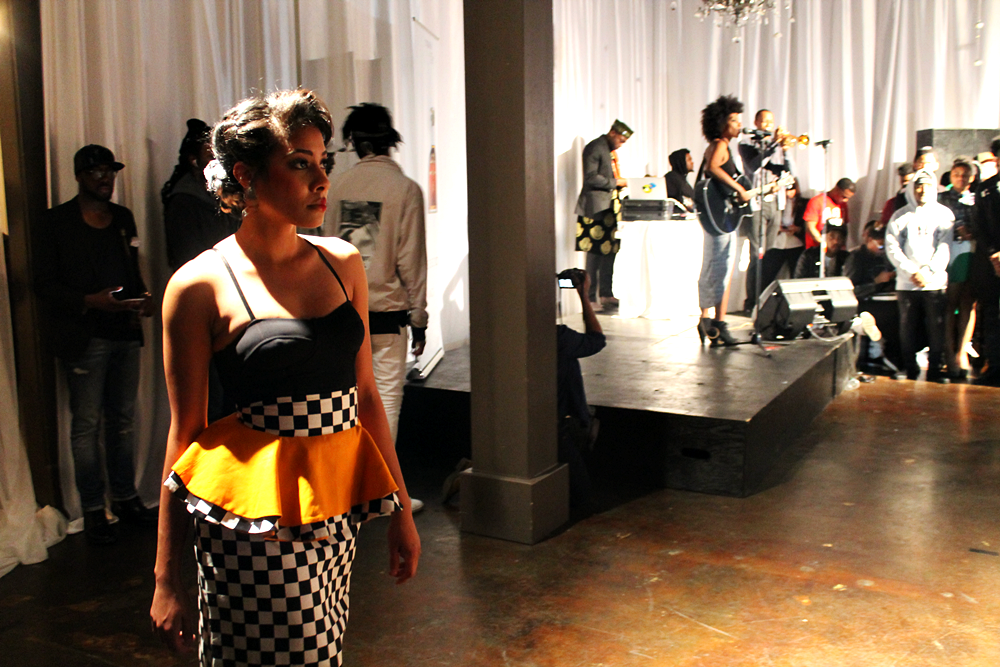 It's 10:something pm and it's time for some fashion! Featured clothing lines/brands were Cupcake Mafia, Threaded Culture, Gridmilk Clutches and Moonman. The models came in a great variety and all added their very own flair to the runway. Loved the hair and makeup which was done by award-winning make-up artist, Nyssa Green of The Green Room Agency.

In all honesty, I'm not sure which brands were responsible for certain looks but I definitely know that I loved the looks that were modeled during Marian Mereba's set. And as far as the looks that got the most reaction from the audience, that award goes to Moonman. Someone literally yelled at one of their models because the look she was wearing was so poppin'. I don't think the model appreciated that though, it was a bit scary. The fashion was on point though, the designers, models, and other personnel involved did a great job.

Now because I didn't pay $150 for a VIP table, I did not get to try any of the food but I will say that the event's ambassadors, such as Flocka of Stay Positive (+), Stevie ATL, Brittany Bosco, and other VIP guests seemed to enjoy the provided bits. I did manage to get a cupcake and it was bomb! Anyone who knows me knows cupcakes are my vice and I'm critically af about them-the one I had met my standards.

So far, my review/experience is all sweet and dandy, but I have a bone to pick. With the people who attended. I love y'all for showing up and supporting such a dope event but y'all a mess. This was primarily a fashion show. This was not a party at Opera or a concert at the Masquerade, act like you know better. No, there was not a risen runway but damn, respect the catwalk! Respect the models! People just were walking all up in the models' way, standing in the middle of the catwalk-bruh! And the venue was packed! So packed that people were overflowing into the media section-which I understand. But I am media, I have a camera, and I'm trying to work-don't get an attitude with me when I politely ask you to not stand right in front of me! And shout out to the event staff making sure us media people were comfortable and can do what we needed to do, I fucks with y'all. But Atlanta, we really need to learn how to adjust our "audience behavior" when it comes to different types of events. It's necessary.

Overall, I enjoyed myself. The venue looked great, the fashion was on point, and the energy was on 100! Being around some of the most stylish people in the city with dope DJs providing the evening's soundtrack as we got hype amongst the sweet aroma of unique food-it was hard to not have a good time. I believe this is only the first of many events like this coming from First Taste ATL, so I am looking forward to the next one!

Oh and I feel compelled to give a Best Dressed Award to Stevie ATL. He personified effortless and bold personal style that evening. I want his jacket, period. And his date was beautiful and sophisticated in an all-black two-piece. They just looked so awesome. 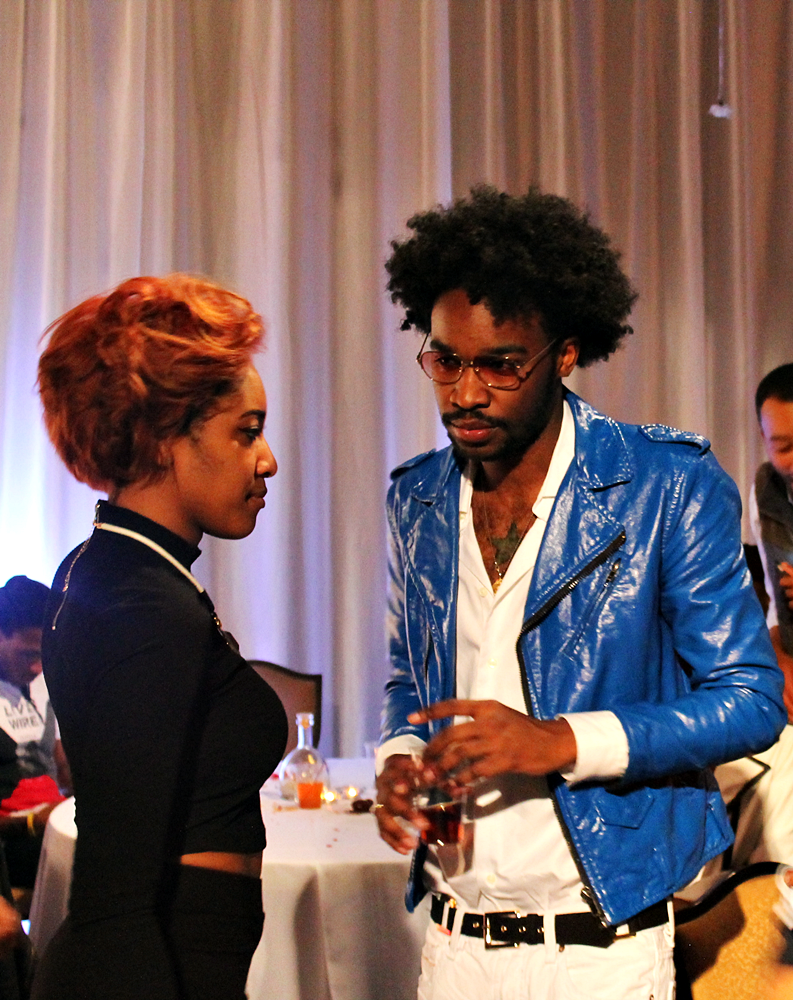 Here is a quick slideshow of the photos from that evening. Photos will soon be on Ether Visions. Photos by Es Famojure.