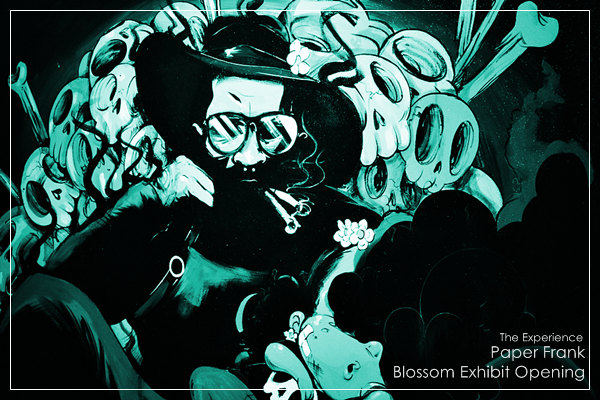 He did it again, y'all. PAPER FRANK SHUT THE CITY DOWN AGAIN! It all happened on April 4th when Paper Frank had his largest art show, Blossom, at DashBoard Co-op in Midtown Atlanta. The exhibit features 2D and 3D works from the one of Atlanta's favorite visual artists.

Blossom really showcased some of the dopest work I've seen from Frank. This exhibit seemed to tap more into who Frank is and his world compared to his last show, Pink Lemonade. Going through the exhibit, I felt like I was walking through his reality and imagination. It was really dope to see his style translated into a 3D manner. From huge sculptures to gold necklaces, Frank's aesthetic is very versatile. What I love most about Paper Frank's work is the dichotomy of it. There are definitely dark tones to his work yet the bright, bold colors and animation style keeps it light-hearted in a sense. 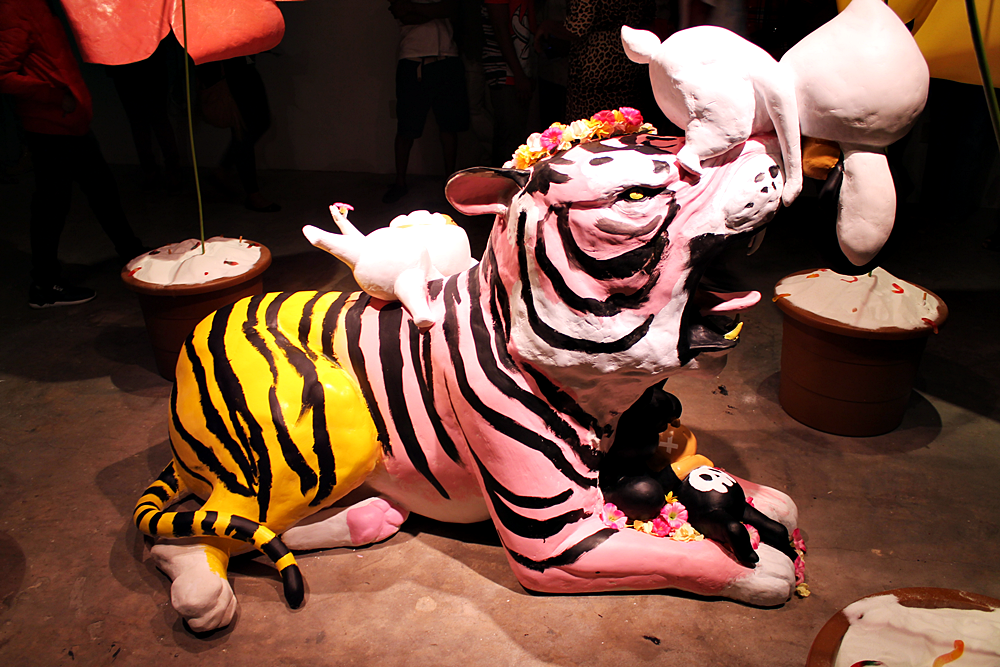 Now when people said to show up to the show early, I didn't think it would be that crazy cause it was on North Ave and there's like no way it would be crazy packed-boy, was I wrong. I literally showed up on time with my brother, ForteBowie, and Dashboard was already packed! Plus, there was a line growing its way down the block.

And I don't know what it is about Paper Frank but he can literally bring people out of their caves. People won't show up for parties, concerts, but if Paper Frank is doing something, you will see people there. It was obvious that some individuals where only there to be seen or to see those who wanted to be seen but there were plenty of individuals who were there to see the art itself. And having people like that there shows the true success of this event. All in all, another exciting and successful exhibit from Atlanta's Mayor of the Arts, Paper Frank. Yes I gave him that title, he fucking deserves it. It is said that most of the works on display are sold, so that it awesome. This man deserves all the blessings he has been receiving because he is not only putting on for the city of Atlanta in a special way but he truly brings this city together, even if it's only for a few hours, it's still meaningful.

The exhibit is still up at Dashboard and is open for viewing on Wednesdays and Fridays, or by appointment. Not sure how long it will be up for, so go see it now while you can!

More photos from the show will be up on EtherVisions soon, so follow me on there!

For more info, check out: http://www.dashboardcoop.org